Jumia Technologies (NYSE:JMIA), the self-styled 'Amazon of Africa,' has had a rough time since its IPO in April 2019. The Africa-focused e-commerce platform currently trades at a fraction of its earlier unicorn valuation as it continues to post massive losses. Even Jumia's management seems to be losing faith in the old business model -- retreating from non-core markets as part of a pivot toward JumiaPay, the company's fast-growing fintech offering.

Jumia recently ended operations in Rwanda and divested its hotel and flight service, Jumia Travel, to a South African partner. While these divestments may buy time for Jumia to rework its business model, investors should avoid the tech stock until the company's long-term vision becomes clearer.

Initially valued at $1.1 billion, Jumia was the first Africa-focused start-up to earn a unicorn valuation and list on the New York Stock Exchange. Although initially well received, things quickly went downhill for the e-commerce platform. 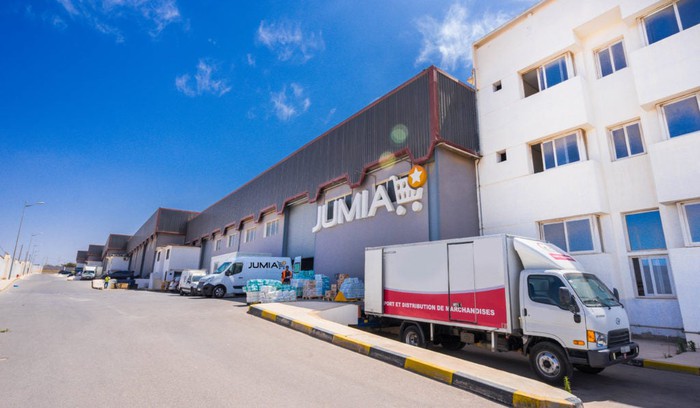 The situation reached a head in May 2019 when short-seller Andrew Left of Citron Research published a scathing report alleging fraud on Jumia's marketplace. Citron claimed to have obtained a confidential presentation from October 2018 that showed material discrepancies with the information Jumia reported to the SEC in its IPO filing. The short-seller accused Jumia of inflating active user numbers and pointed out the massive amount of deliveries that were being returned, canceled, or not delivered.

In August, the company responded in its second-quarter earnings report:

"As disclosed in our prospectus dated April 11, 2019, we received information alleging that some of our independent sales consultants, members of our JForce program in Nigeria, may have engaged in improper sales practices. In response, we launched a review of sales practices covering all our countries of operation and data from January 1, 2017, to June 30, 2019."

But fraud allegations aren't the only problem at Jumia. The firm's core e-commerce operations seem to be in trouble.

The third-quarter earnings report revealed that while annual active consumers grew by 56%, average order value fell 29%. This trend suggests that while Jumia's marketplace is still growing at an impressive rate, it may be attracting lower-quality customers.

More evidence for Jumia's declining customer value can be found in Jumia's fulfillment expense -- which rose 55% quarter-over-quarter due to a higher proportion of orders shipped from overseas and/or delivered to locations outside of primary cities. Meanwhile, losses continue to mount, increasing to 54.6 million euros from 40.6 million euros quarter over quarter.

The report revealed impressive performance in JumiaPay, the company's payment processor which management hopes to eventually develop into a stand-alone entity. The fintech offering grew by 95% in total payment volume and 262% in total transaction volume.

Jumia seems to be consolidating its business in an attempt to stem losses and pivot to its more promising JumiaPay platform.

Jumia announced plans to suspend on-demand food delivery in Rwanda and close all customer accounts on Dec. 9, 2019. This comes not long after its retreat from Tanzania and Cameroon. The company is also divesting Jumia Travel, its hotel and flight service, to Travelstart for an undisclosed amount.

When the divestments go through, Jumia will operate in only 11 countries, down from 14 at the time of its IPO. While these divestments will hurt revenue growth in the short-term, they may improve margins and buy time for Jumia to focus on developing JumiaPay.

Right now, JumiaPay is active in six countries, including Nigeria and Egypt -- the company's largest markets in terms of GDP and population size. Management seems to be consolidating the business around the markets where JumiaPay can achieve maximum scale.

What is the long-term outlook for Jumia?

Jumia's future will depend on how well it can pivot to fintech -- using its e-commerce platform as a way to drive adoption of its payments platform -- much like how eBay's popularity boosted Paypal.

But while there is hope for the company over the long-term, investors should avoid the stock until more information becomes available.

The constant string of divestments suggests there is still more downside from current prices. Investors should look to the fourth quarter to see if growth in JumiaPay will make up for the losses elsewhere in the business.