High-end sound equipment specialist Sonos (NASDAQ:SONO) is moving forward with its supplier diversification plans that will see more production move out of China and into Malaysia, particularly for products to be sold in the U.S.

While that will help the company deal with the fallout from tariffs imposed on products imported from China, it also means consumers will see higher prices as a result. Sonos will be raising the price of its new Port and Amp components by $50 each, and while that will put its products a little further out of reach of most consumers' discretionary spending, investors should be heartened by the move. 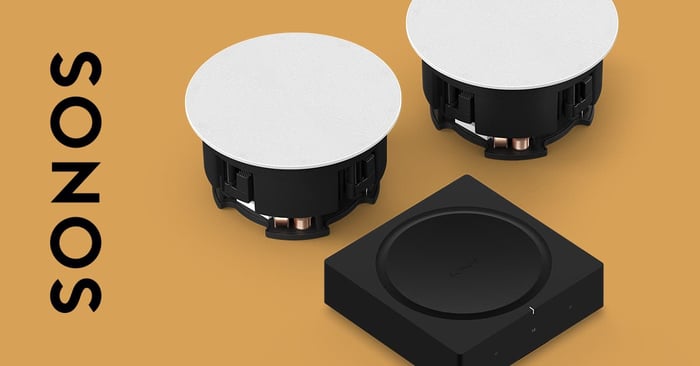 Toning down the war drums

It looks as if the trade war between the U.S. and China might be deescalating. President Trump just announced he will sign the first phase of a trade deal with China on Jan. 15 that will see the U.S. cancel some new tariffs while reducing rates on others, and China will purchase more U.S. agricultural products.

Trump's trade policies certainly created havoc for a number of U.S. businesses, which had to scramble to confront skyrocketing costs across a great many products, but it appears many companies might have benefited in the end.

While consumers were not spared from paying increased prices, companies were able to mitigate many of the costs by negotiating with their suppliers, and they also did what Sonos did, which was find new vendors in other countries not subject to tariffs. Malaysia, Vietnam, and other Southeast Asian countries will benefit from the influx of new business.

China, it seems, bore the brunt of the trade war, as it is still threatening manufacturers with "permanent consequences" for moving production out of the country because of the tariffs. U.S. businesses will likely be better off in the future thanks to a more level playing field in China and the diversification of their production footprints.

Tuning in to both ends of the market

Although Sonos is a high-end sound components manufacturer, it's not immune to pricing threats, and its introduction last year of a speaker system housed in furniture from Ikea showed it understood that it needed to tap in to the mass consumer market. Its first truly affordable offerings introduced the brand to potential new customers.

Similarly, its testing of an equipment rental program that allows younger customers who might not have the financial wherewithal to afford a high-end sound system acquire its products indicates it is very much attuned to the lower end of the market.

So why is raising the prices on its Port and Amp products such a good development? Because it validates Sonos' roots as a high-end components manufacturer. The Port and Amp typically appeal to audiophiles accustomed to paying a premium for quality components. The Amp is an amplifier that connects to speakers, while the Port enables receivers, turntables, and speakers to connect to a Sonos whole-house system to stream music.

When a company is forced to always simplify its offerings and compete on price, it risks losing its highest-value customers who might feel the product line has lost its exclusivity. Numerous luxury goods manufacturers have undermined their operations by trying to appeal to too broad a market.

By raising prices on its upscale products, Sonos is preserving its cachet as a high-end company, which will also bolster its profit margins.

Gross margins in fiscal 2019 decreased 120 basis points to 41.8% due to the introduction of lower-cost products, currency exchange rates, and the launch of a new distribution channel. Sales, though, jumped 11% as more customers found Sonos, and the company was able to reduce its net loss from $15.6 million to $4.8 million. On an adjusted basis, earnings before interest, depreciation, and amortization (EBITDA) surged 28% year over year to $88.7 million.

Sonos' long-term goal is to grow sales 10% annually and increase adjusted EBITDA 20%, and last year was its third consecutive year of doing so. With faith in its ability to keep customers on both the low and high ends satisfied, Sonos seems primed to have a profitable 2020.