Shares of Elastic (NYSE:ESTC) fell after the cloud-based enterprise search company reported second-quarter earnings early in December. The stock shed 19% of its value in the month, according to data from S&P Global Market Intelligence. 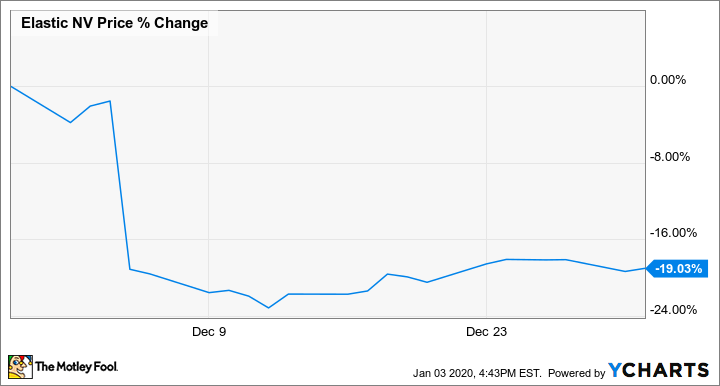 Elastic published earnings for its October quarter on Dec. 4 and delivered results that came in ahead of the average sales and adjusted-earnings estimates. The company reported a non-GAAP (adjusted) loss of $0.22 per share on sales of $101.1 million, while the average analyst target had called for a loss per share of $0.31 on revenue of $96.5 million. The company's GAAP loss did come in steeper than the average analyst target, with the actual result of $0.64 per share surpassing the market's target for a loss per share of $0.49, but Elastic's guidance was probably the driving factor in the post-earnings sell-off. 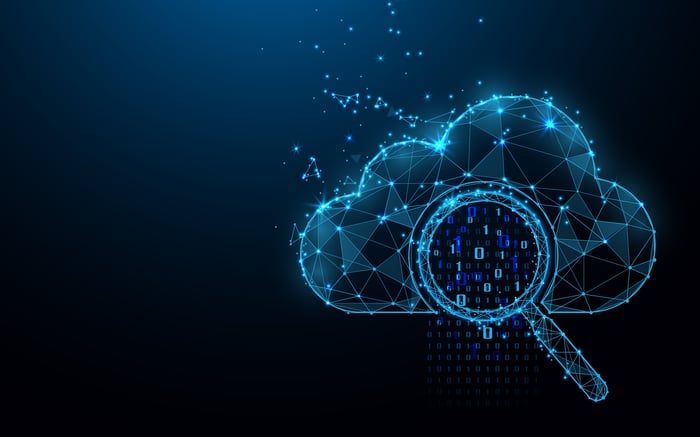 Elastic's second-quarter revenue was up 59% from the prior-year period, and its adjusted loss was $0.22. Total subscription revenue for the period rose 56% year over year to come in at roughly $91.7 million -- or 91% of total sales for the period. These results, combined with a lighter-than-expected adjusted loss for the period, might have been cause for celebration, but investors appear to have seen short-term headwinds in the guidance and moved out of the stock.

Here's CFO Janesh Moorjani from the conference call, discussing the company's sales outlook for the third quarter and the near-term adverse earnings impacts of research and development (R&D) initiatives and its acquisition and integration of cloud endpoint security company Endgame:

Over the last several quarters, we have accelerated headcount-related investments in R&D and sales capacity and coverage globally to drive growth. Some of these investments were intended to secure growth this year, while others, particularly in R&D, will help drive growth over the long term. As we look at the second half of the fiscal year, we plan to invest with discipline in innovation, coverage and scale in order to drive future revenue growth. For the third quarter of fiscal 2020, we expect revenue in the range of $106 million to $108 million, representing 51% year-over-year growth at the midpoint.

The company expects an adjusted operating margin for the quarter to be between negative-24% and negative-26% for the quarter and an adjusted loss per share between $0.34 and $0.36 based on a weighted average share count between 80.5 million and 81.5 million. Shareholders may have been dissatisfied with the rate at which dilution is occurring -- as the second-quarter results were calculated based on roughly 77.77 million shares.

Elastic is guiding for full-year revenue to come in between $415 million and $17 million, representing growth of 53% year over year at the midpoint of the target. Management projects the adjusted loss per share for the year to be between $1.17 and $1.24 and for operating margin to be between negative-22% and negative-23% -- with a roughly 2% adverse impact stemming from the Endgame acquisition.

The addition of Endgame's expertise in endpoint security seems like a smart addition for Elastic as it aims to bolster its existing offerings and roll out new features for users of its Elastic Stack platform. The company is still valued at roughly 13 times forward sales despite recent sell-offs, but its leadership position in a market that looks primed for long-term growth suggests that the stock could eventually prove very rewarding for patient investors.