The hotels stock benefited from trade news last month and is now up roughly 225% over the last three years.

Shares of Huazhu Group (HTHT 8.02%) rose 17.1% in December, according to data from S&P Global Market Intelligence . The hotel company's stock posted big gains as the broader Chinese stock market advanced thanks to an improved trade outlook. 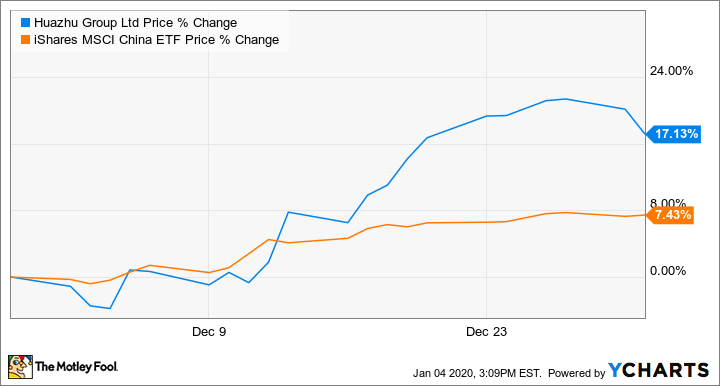 Huazhu is a growth-dependent stock and saw its movement track the broader movement of Chinese stocks despite far outstripping the broader market's gains. The iShares MSCI China ETF (which is a good proxy for stock market performance in the country) climbed roughly 7.4% in the month as deescalation for the trade war between the U.S. and China became more likely. 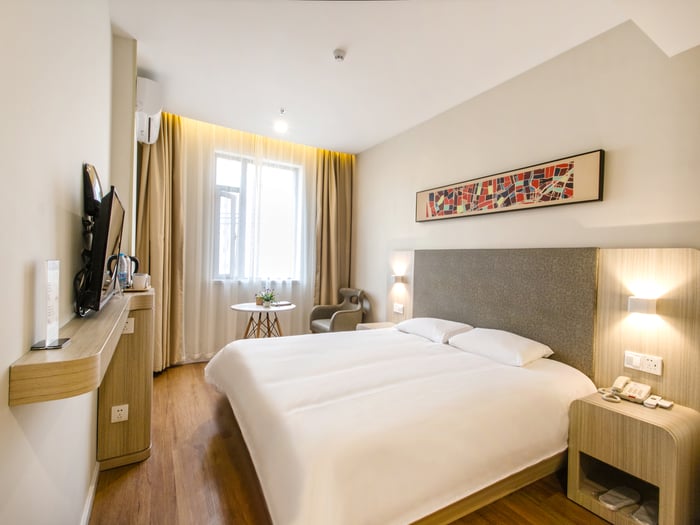 Huazhu saw pronounced gains after new tariffs that were set to be implemented by the U.S. on Chinese goods in the middle month were halted and the two countries announced on Dec. 13 that they had agreed to terms on a "phase one" trade deal. The Chinese tourism and hotel markets depend on the strength of the overall economy, and the trade war with the U.S. is broadly viewed as a contributing factor in the country's slowing economic growth, so progress on the trade front is a good sign for the industry.

Huazhu stock was also bouncing back from sell-offs in November, with shares having dipped roughly 9.6% in the month following sell-offs after the third-quarter results it published on Nov. 12 arrived with an earnings miss. Trade uncertainty likely also pressured the hotel company's share price in November, and an improved outlook for a resolution to the long-running disputes and plans to sign an official first-step deal in mid-January boosted the hotel company's valuation last month.

Management projects that revenue for the 2019 fiscal year will be up between 10% and 12% annually. Looking ahead to the 2020 fiscal year, the company plans to open roughly 1,700 new hotels -- with between 75% and 80% of these new openings being midscale and upscale brand properties.

Huazhu has a market capitalization of roughly $12 billion and is valued at roughly six times this year's expected sales and 39 times expected earnings.