Shares of iQiyi (NASDAQ:IQ) rose 10.2% in December, according to data from S&P Global Market Intelligence . The streaming company's stock gained ground amid broader a broader rally for Chinese stocks as trade tensions with the U.S. deescalated. 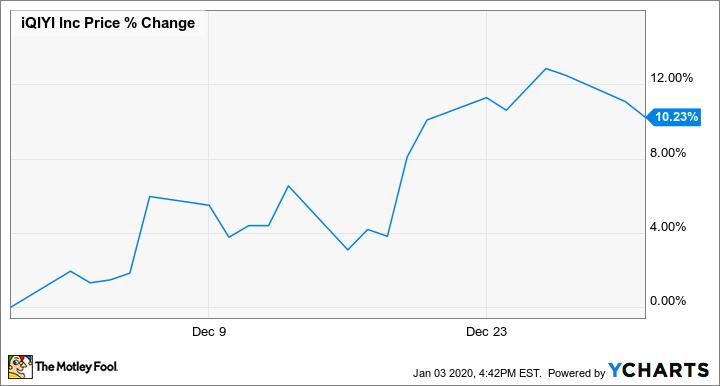 Last month saw looming tariffs halted and news that a "phase one" trade deal would be signed by the U.S. and China in the not-too-distant future. Tariffs on Chinese goods that were set to go into effect on Dec. 15 were nixed on Dec. 13 after the two countries agreed on terms for a deal. Chinese stocks rallied as the trade outlook improved, and iQiyi benefited from the momentum. 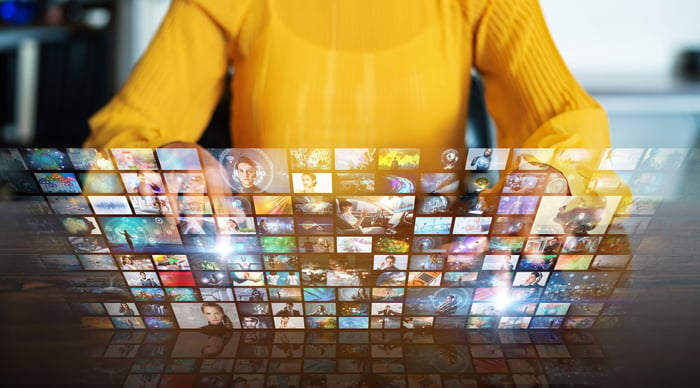 iQiyi is mostly concentrated on the Chinese market, and very little of its business comes from distributing content to the U.S., but the overall economic outlook in China has a big impact on its advertising business. The trade war has put a significant dent in ad sales on iQiyi's platform because weakening economic conditions created a less appealing outlook for many Chinese brands and prompted them to scale back expansion and advertising initiatives. With signs that the long-running trade disputes are moving closer to a resolution, iQiyi's lagging ad business may be poised for a rebound.

The U.S. and China are scheduled to sign the "phase one" trade agreement on Jan. 15. While making the deal official will represent meaningful progress on the trade front, it's important to keep in mind that many of the core issues that have the two countries at odds (including intellectual-property protections and issues related to 5G internet and security concerns) will not be addressed by the first-step deal.

iQiyi's long-term future doesn't hinge on a near-term resolution to the trade issues, but progress that bolsters confidence in the Chinese economy would probably be a major boon to the streaming-video company. The business has continued to rapidly add paying subscribers, but content and technology costs have risen rapidly as well, and weakened performance for its ad-supported platform has meant that the company has seen big losses along with substantially slowing sales growth.