The cloud data company posted encouraging quarterly results and closed out 2019 with a 5% gain.

Shares of Cloudera (CLDR) rose 17.7% in December, according to data from S&P Global Market Intelligence. The cloud-services stock gained ground after the company reported better-than-expected quarterly results and raised its full-year guidance early in the month and then continued to trend higher amid momentum for the broader market. 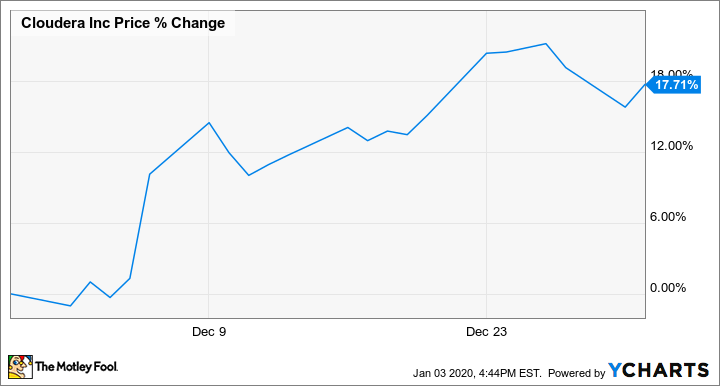 Cloudera published its third-quarter earnings on Dec. 5, delivering a non-GAAP (adjusted) loss per share of $0.03 on sales of $198.3 million. These results came in significantly ahead of the average analyst estimate, which had called for an adjusted loss of $0.06 per share on revenue of $189.1 million. Guidance for the fourth quarter also topped the market's expectations. 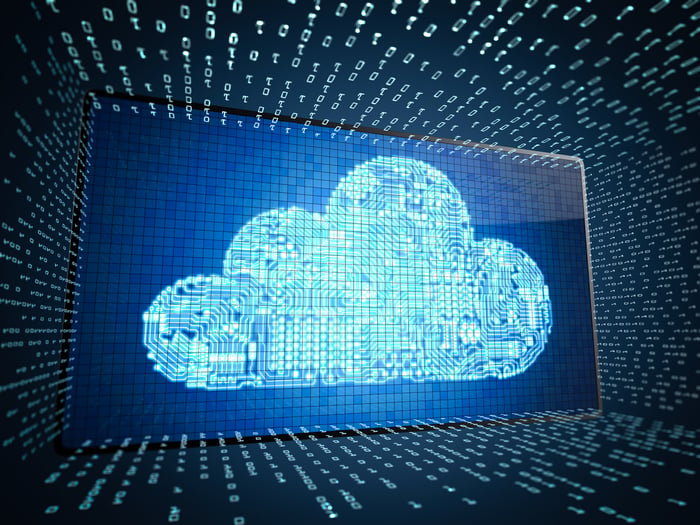 Cloudera's annualized recurring revenue came in at $697.4 million at the end of the October quarter, representing 13% year-over-year growth. Operating cash flow for the third quarter came in at negative-$5.9 million, but it included a $6.1 million adverse impact resulting from payments stemming from its merger with Hortonworks.

Backing out the merger-related payments, Cloudera's third-quarter operating cash flow represented a substantial improvement on its operating cash flow of negative-$6.8 million in the prior-year quarter. The improved operating cash flow suggests that the company is realizing benefits from the Hortonworks merger, and combined with encouraging guidance, these strong results helped propel Cloudera's second best monthly stock performance in 2019.

Cloudera is guiding for fourth-quarter revenue to come in between $200 million and $203 million, with subscription revenue expected to be between $173 million and $176 million. Management expects an adjusted loss-per share between $0.02 and $0.04 for the quarter. Before the company's third-quarter earnings release, the average analyst estimate was expecting an adjusted loss of $0.05 per share on sales of $196.9 million.