Shares of Sonos (NASDAQ:SONO) rose 12.8% in December, according to data from S&P Global Market Intelligence. The home-speaker company's stock advanced thanks to encouraging consumer-spending data and market momentum related to news that the U.S. and China had finalized the contents of a phase-one trade deal. 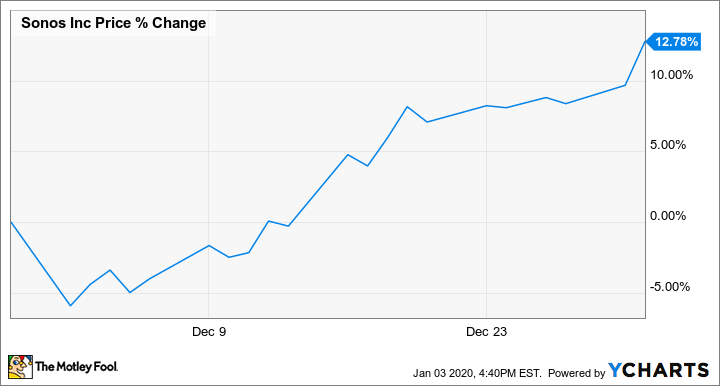 New tariffs on consumer-electronics produced in China were set to go into effect on Dec. 15, but the two countries were able to agree to a first-step trade deal and halted those tariffs from going into effect. Combined with favorable market conditions for the U.S. consumer market, the improved trade outlook helped Sonos's share price climb by double digits last month. 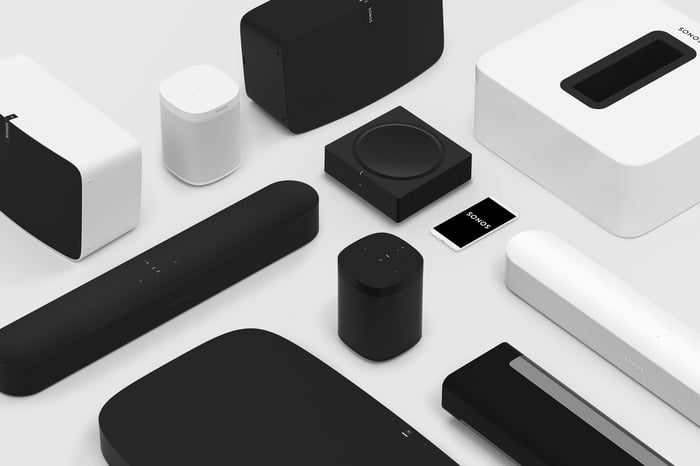 The holiday season is typically Sonos's biggest sales period, and record results for the Black Friday and Cyber Monday shopping holidays along with other encouraging retail news suggested a strong macroeconomic backdrop for the company's most important quarter. The U.S. government reported that overall consumer spending increased by 0.4% year over year in November,  and total holiday spending increased 3.4% according to a study by Mastercard SpendingPulse.

De-escalation in the trade war was the other big positive catalyst for Sonos stock in December. The company manufactures most of its products in China, its imports became subject to a 15% tariff at the beginning of September, and the trade situation is resulting in a material drag on performance. The company told investors to expect a $30 million adverse impact from the tariffs in the 2020 fiscal year when it hosted its fourth-quarter earnings call in November.

Even with signs of progress on the U.S.-China trade negotiations, Sonos announced late last year that it would be moving some of its production to facilities in Malaysia. This move may have been responsible for the company's decision to raise the price of its Sonos Amp and Sonos Port products by $50 each.