Shares of The Mosaic Company (NYSE:MOS) rose 13.6% in December, according to data from S&P Global Market Intelligence . The stock gained ground in the middle of the month following encouraging news on the U.S.-China trade front. 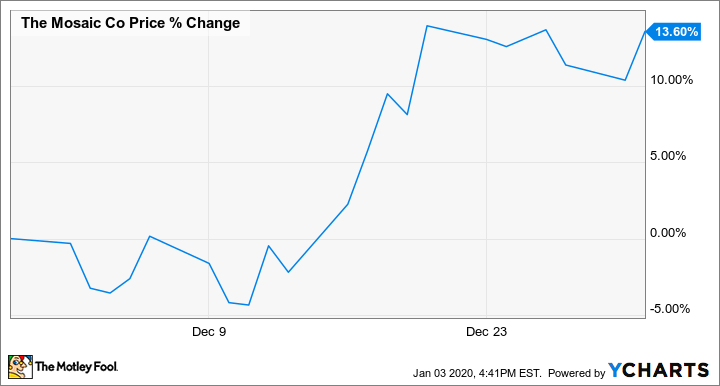 News hit on Dec. 13 that additional U.S. tariffs on Chinese goods scheduled to be implemented on Dec. 15 would not go into effect and that the two parties had completed terms for a phase one trade deal. Mosaic's business revolves around providing nutrient products for farming including phosphates and potash and saw its performance in 2019 pressured by unfavorable weather conditions, slipping margins, and headwinds related to the trade war between the U.S. and China. Even with the double-digit gains in December from the trade news, Mosaic stock closed out the year down roughly 26%. 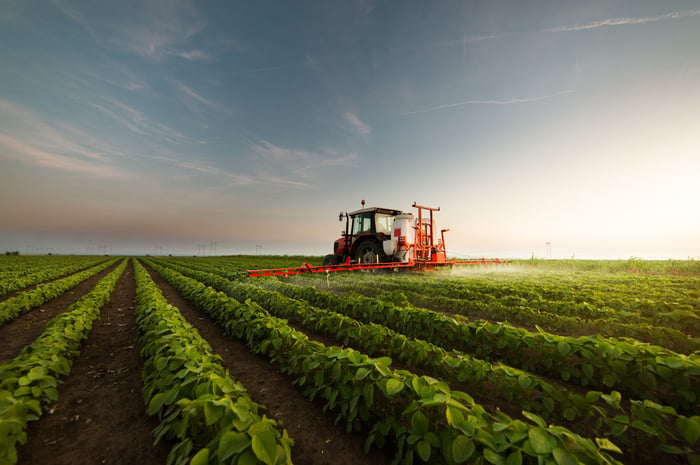 Mosaic has been waiting on a big potash contract for the Chinese market to be completed, and it has cited macroeconomic slowdown in the country as a recent performance headwind. China is one of Mosaic's most important markets, and an end to the trade war would likely be a positive catalyst for the macroeconomic environment in the country.

The initial trade deal is a step toward resolving the bigger issues and a sign that both sides are willing to deescalate, but many of the most divisive issues remain on the table. Having China purchase more U.S. agricultural products is one aspect of the phase-one deal and could result in increased demand for fertilizers, but the initial deal shouldn't be taken as a sure sign that trade tensions will continue to de-escalate.

Mosaic stock has dipped a bit in early January trading, with shares down roughly 4.1% in the month so far. 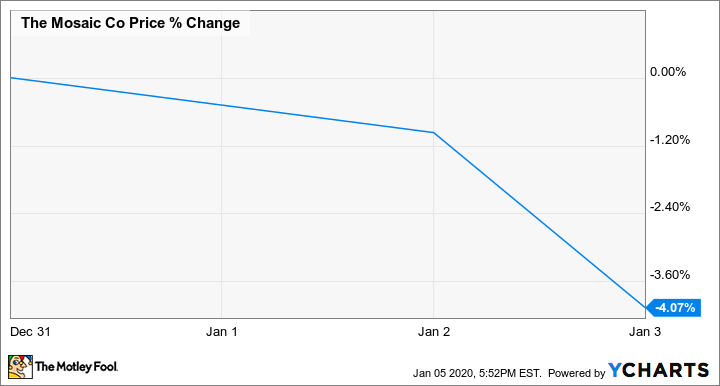 The company is guiding for non-GAAP (adjusted) earnings per share between $0.50 and $0.60 for the current fiscal year, and shares trade at roughly 14 times the average analyst earnings target and have a dividend yield of 0.8%.