AMD has seen peaks like this before – once during the early 2000 dot-com boom and again during the short-lived tech boom of 2006, when everyone thought VR would stick. But what goes up must come down, apparently. This is also a stock that has twice seen 80-90% losses over the course of 24 months.

So the short answer to the title question is an easy "yes." The rise of AMD has been stopped quite handily a number of times. The better question is will it happen again this time? 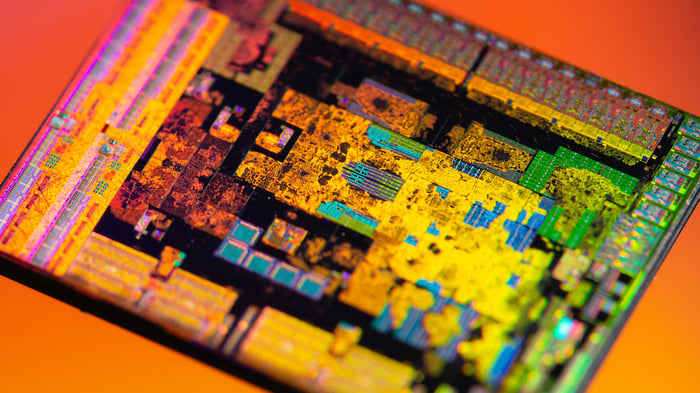 The tech industry tends to be more reactionary to news items than other industries, and AMD is no exception. With a beta of around 2.79 , AMD moves swiftly to the upside and to the downside when industry news hits. In recent months, the price of the stock has been correlated to news of the US-China trade war. When talks were good, AMD shot up. When President Trump tweeted bad news or President Jinping stalled negotiations, the stock price went down. However, the general upward trend of the market kept the moves tilted strongly to the upside.

The sensitivity of the stock has led some analysts to believe that AMD is generally overhyped because of positive news in the sector. Here's the difference – AMD has personally seen good news with its adaptation in the cloud and new processing techniques. Also, unlike 2000 and 2006 AMD, 2020 AMD is consistently profitable. 2017 was the company's first annual net profit in six years . 2018 and 2019 followed in that trend.

Many investors attribute AMD's current sustainability to its timely participation in rising future tech industries. The company's big bet on crypto mining equipment following the December 2007 mania worked out, providing the company with around 10% of its Q1 2018 revenues of $1.65 billion.

Because this result did not repeat itself in subsequent quarters, many analysts thought the move was a bust. Quite the contrary. AMD pulled back its participation in crypto equipment in tandem with the Bitcoin bubble burst, divesting those revenues from Q1 2018 into its 7 nm Ryzen, Radeon and EPYC processors. Its experience in the blockchain space now gives it a bit of an edge on its rivals in blockchain gaming, alongside its GPU/CPU combination performance processors.

Through the expanding world of gaming, AMD now has products that are finding their way into the common lexicon. Ask non-gamers about Ryzen processors, and they just might know what you are talking about. In 2021, they will definitely know. Over the past decade or so, that Xerox-is-so-popular-it's-now-a-verb spot was held by Intel (NASDAQ:INTC), with PCs from various companies proudly displaying those famous "Intel inside" stickers beside laptop keyboards or on the front of desktop workstations.

In today's market for tech, certain consumer niches look for a Ryzen sticker rather than one from Intel. AMD has learned how to market itself as an industry leader rather than an also-ran, and the results of better branding are directly helping the bottom line.

There are certainly no certainties in the world of securities (or no security is actually secure, to be punnier). There are, however, certain differences between today's AMD and the AMD of yesteryear that could provide reason for the AMD ticker to continue its ticker tape parade for investors who believed.