The year 2019 was a tough one for many retailers. More than 9,300 brick-and-mortar stores closed in the U.S. alone, according to CoreSight Research, representing a 59% increase from 2018. That trend is reflected across many other developed markets.

Despite those bleak numbers, plenty of retail stocks rallied last year. These three retail stocks surged in 2019 -- and they'll continue rising in 2020.

Target's (NYSE:TGT) stock nearly doubled in 2019 as it reaped the rewards of its e-commerce and delivery expansion. Its comparable-store sales rose 4.5% last quarter, on top of its 5.1% growth a year earlier -- giving its nearly 10% comps growth over the past two years. That growth was led by robust sales of women's apparel, a troublesome spot for many of Target's peers. 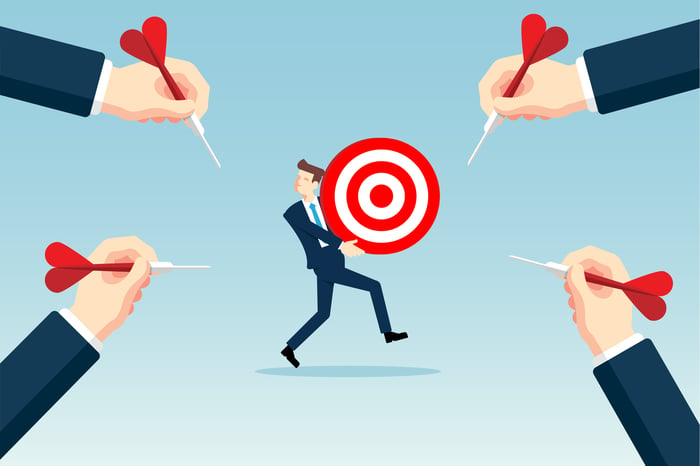 In other words, Target's revenue growth doesn't rely on markdowns and its e-commerce growth isn't weighing down its margins. It's also continuously renovating its existing stores and opening smaller format, less capital-intensive stores for urban areas.

Analysts expect Target's revenue and earnings to rise 14% and 19%, respectively, this fiscal year (which ends on Feb. 2). For the following year, they anticipate 4% revenue growth and 8% earnings growth -- which are solid growth rates for a stock which trades at 18 times forward earnings. Target also pays a decent forward yield of 2.1%.

China has been a tough market to invest in over the past two years, due to the trade war, tariffs, and the country's broader economic slowdown. However, JD.com (NASDAQ:JD), China's largest direct retailer, still has room to run in 2020 after rallying nearly 70% last year.

JD.com struggled in 2018 with decelerating growth, rising costs, and a personal scandal involving its founder and CEO. However, the e-commerce giant staged a comeback in the second half of 2019 with two straight quarters of accelerating revenue growth, accelerating customer growth, and expanding operating margins.

Its revenues rose 29% annually last quarter, its total number of annual active customers grew 10% to 334.4 million, and its non-GAAP operating margin hit a record high of 2.2%. It gained customers by aggressively expanding into lower-tier cities, which offset its slower growth in top-tier cities like Beijing and Shanghai, and it expanded its margins by offering its first-party logistics services to third-party companies.

Analysts expect JD's revenue to rise 24% in fiscal 2019 (which ended on Dec. 31) and for its earnings to more than triple. For fiscal 2020, they expect its revenue and earnings to grow 19% and 38%, respectively -- which are astounding growth rates for a stock which trades at 27 times forward earnings. 2019 was also a good year for LVMH (OTC:LVMUY), the world's biggest luxury company, as its stock surged 60% and reinforced CEO Bernard Arnault's position as the richest man in Europe. The parent company of 75 fashion houses across five industries -- which include Louis Vuitton, Bvlgari, Hennessy, and Sephora -- repeatedly impressed investors with its robust growth.

LVMH faced macro headwinds throughout 2019, including the unrest in Hong Kong, China's economic slowdown, and the Trump Administration's threat of higher tariffs on European products. However, LVMH's exposure to Hong Kong was limited, its sales in mainland China continued growing, and it placated President Trump by opening a new plant in Texas.

LVMH's stock isn't cheap at over 30 times earnings and it pays a low forward yield of 1%. Yet that premium is arguably justified by its steady growth, which will be buoyed by the growth of new brands (like Rihanna's Fenty) and its integration of Tiffany's operations later this year.