One Medical is part of Silicon Valley's attempt to bring healthcare into the information age. Valued at $1.5 billion in its last funding round, the healthcare conglomerate seeks access to the public markets to fund its expansion plans. Under the name 1Life Healthcare, the company filed its S-1 on Friday, so investors can get an early peek at the business. It plans to trade on the Nasdaq under the ticker "ONEM" and hopes to raise at least $100 million from the offering.

Founded by Tom X. Lee in 2007, the San Francisco-based healthcare provider has offices in its home city, New York, Boston, Los Angeles, San Diego, Chicago, Phoenix, Seattle, and Washington D.C. with plans to expand to Portland, Atlanta, and Orange County, Calif. Alphabet (NASDAQ:GOOG) (NASDAQ:GOOGL) is an early investor in the company as well as a client, accounting for about 10% of One Medical's revenues. 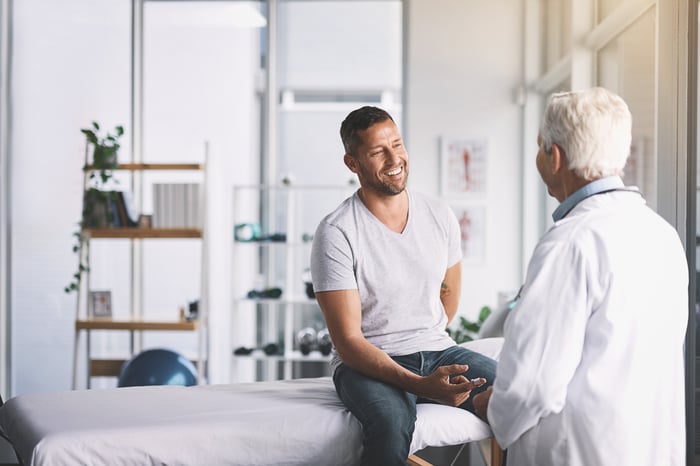 The company's business model is to provide healthcare services to employers for a $199 annual fee per employee on the plan. Its growth rates have been spectacular. The company is now up to 400,000 subscribers and 6,000 enterprise clients. One Medical's revenues were up to $212 million in 2018, with a $45 million net loss.

Lee stepped down as CEO prior to the IPO. The company is now led by Amir Rubin, who used to work for UnitedHealth. In a talk he gave at the Health Facilities Innovation Forum,  Lee predicted there would be big disruptions to the healthcare industry. Tech giants Alphabet and Amazon are entering the space to make it faster, better, and cheaper. One Medical going public is another step in that direction.