Shares of Melco Resorts and Entertainment (NASDAQ:MLCO) gained 13.6% in December, according to data provided by S&P Global Market Intelligence.

Casino stocks got a boost last month following the news that Chinese President Xi Jinping would visit Macau, which makes up most of Melco's revenue, to announce plans to diversify the island's economy into financial services. 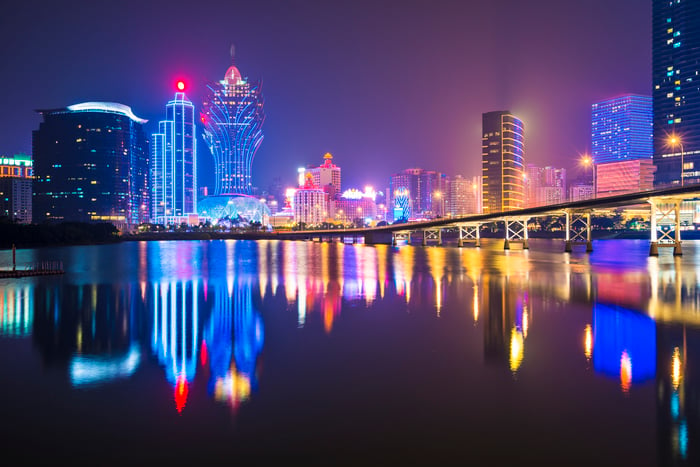 The casino industry makes up 80% of Macau's economy, so plans to add more sources of revenue would clearly benefit the casino operators, which are dependent on tourism. A more diversified economy would remove some of this risk for Melco and other casinos.

Along with other casino stocks, Melco's share price has been up and down over the last year. Melco reported strong operating results through the first three quarters of 2019, but the trade war between the U.S. and China has been a cloud hanging over the industry. The positive news surrounding the diversification plans of Macau's economy, coupled with the company's solid operating results lately, gave investors a good reason to buy the stock in December.

Melco is coming off a strong third quarter, in which revenue and adjusted EBITDA (earnings before interest, taxes, depreciation, and amortization) increased by 16% and 39% year over year, respectively. The company has a lot going for it, including a growing Chinese middle class, the opening of eye-catching resorts, expansion in Japan, and the positive impact the new Hong Kong-Zhuhai-Macau Bridge and China's new high-speed rail network will have on visitation to the island.