For the past few years, Walmart (NYSE:WMT) has focused on digital growth, improved delivery options, and building out its omnichannel capacity. As that has happened, the company has also quietly been working on remodeling its stores.

"Over the past few years, Walmart has focused on remodeling its U.S. stores to give customers an updated shopping experience, but the amount of work that goes into these remodels is staggering," wrote Walmart corporate affairs executive Matt Smith on the company's blog.  "Right now, Walmart real estate is completing about 500 full store remodels each year along with thousands of special projects in stores across the country."

This has not gotten the same attention as Target's effort to remodel its stores, but it's equally important. Walmart's extensive brick-and-mortar portfolio gives it an edge that pure-digital rivals can't compete with. Improving those stores builds on that advantage. 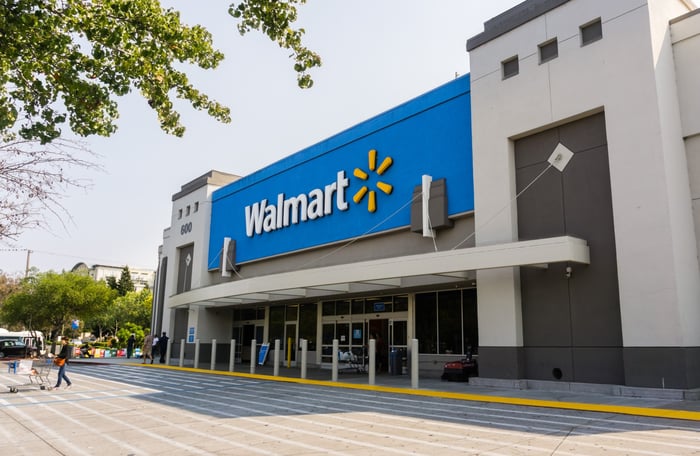 Walmart has been quietly remodeling many of its stores. Image source: Walmart.

Walmart has changed how it remodels stores. The chain used to have store managers hire temporary workers to do the physical work of the remodel. That was stressful for store managers, and left this important process in the hands of short-term employees who had little, if any, knowledge of store operations.

Under the new system, Walmart has built dedicated teams of employees to move from store to store. This allows the workers to gain experience and improve their efforts with each new store they take on.

"Each team is made up of around 30 Walmart associates," wrote Smith. "They're based in urban markets with high concentrations of stores, and this past year, more than 1,000 associates have been hired to these new remodel teams."

Members of the remodel team start at $16 per hour. That's well above the $11 per hour the company starts workers at, and it's slightly higher than what many department managers make.

"By the time team members have completed three remodels, they are well-versed in building and stocking products in a Walmart store," Smith wrote. "The experience gained on remodel projects sets associates up for success in Walmart's real estate division, but there's also a clear path to return to store operations."

Brick-and-mortar stores are at the heart of the omnichannel model. Digital retail has, however, changed how customers shop. Consumers no longer visit physical retail locations just to shop. They may be dropping by to pick up an item they ordered online, or to return something that was shipped to their house.

Those varying uses require that stores alter their layouts. Target has embraced this, and has built its remodeled locations around the various new ways consumers use the chain's stores.

Walmart has embraced the same changes. It's stepping up its efforts to have the flow of its stores reflect how visitors use them. That's part of its overall omnichannel effort to serve consumers, however they plan to shop.

"The plan is to hire over 400 more remodel associates in 15 markets early next year," Smith wrote. "The goal is for these teams to finish around 100 remodels and to participate in hundreds more special projects in 2020."

These efforts may have been somewhat under the radar, but they are very important. Walmart has dramatically improved its digital offerings, but stores remain the center of its business. Having dedicated remodeling teams allows the company to make changes quickly and efficiently. That's an edge that the chain should be able to take steady advantage of.