Sony's (NYSE:SONY) stock surged 40% to its highest level in nearly two decades in 2019 as the growth of its image sensor business offset the softness of its gaming and consumer electronics divisions. Investors might be itching to take profits after that historic rally, but I believe the stock could still head higher in 2020, for four simple reasons. 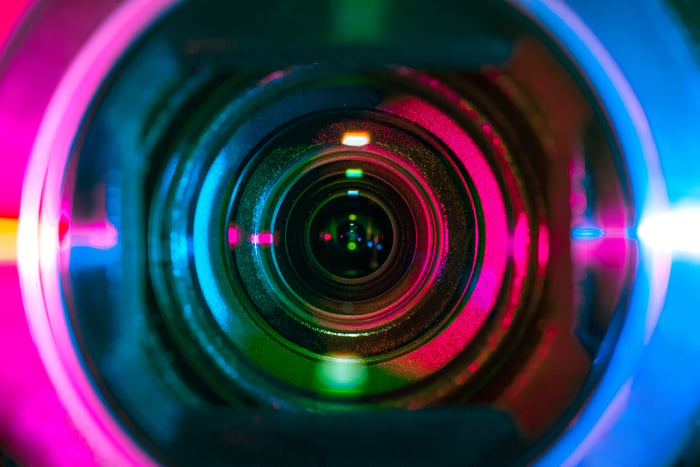 That paradigm shift caused orders for Sony's image sensors to surge even as smartphone shipments remained sluggish. In the first half of fiscal 2019, Sony's I&SS revenue grew 19% annually, making it the company's fastest-growing unit. Its operating profit grew 63% and accounted for a quarter of Sony's operating income.

Sony expects the unit's revenue and operating income to grow 18% and 39%, respectively, in fiscal 2019, which ends on March 31. Sony's I&SS chief Terushi Shimizu recently told Bloomberg that the unit still "can't make enough" image sensors to meet market demand even as it runs its manufacturing plant 24 hours a day -- which suggests that it will continue to be Sony's core growth engine throughout 2020.

Sony Music, one of the three largest record labels in the world, generated 10% of Sony's revenue and 15% of its operating profits in the first half of 2019. Its revenue rose 9% annually during that period, thanks to its consolidation of EMI and higher revenue from streaming platforms. Its operating profit grew by 19%.

Sony expects the unit's revenue to rise 5% in fiscal 2019, and for its operating profit to decline 40%, mainly due to expenses related to its consolidation of EMI in late 2018. But looking ahead, Sony Music should generate stronger growth in 2020 on the back of popular streaming music platforms.

The music streaming market could grow at a compound annual growth rate of 16% between 2019 and 2023, according to TechNavio, which indicates that Sony Music will remain a stable growth engine for the foreseeable future.

3. The upcoming launch of the PS5

Sony's gaming and network services (G&NS) unit was its core growth engine in previous years, but its growth sputtered out in 2019 as the aging PS4 console matured. 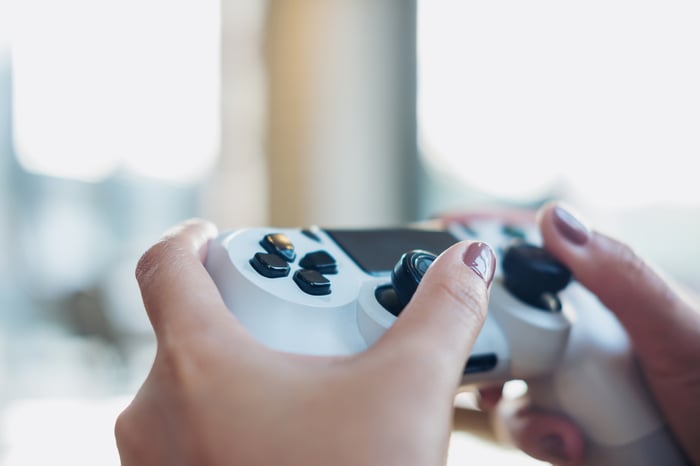 Those forecasts are bleak, but the growth of Sony's I&SS and Music units should help it tread water throughout the rest of 2019 and the first half of 2020. However, the unit should receive a big boost in the second half of fiscal 2020 when its eagerly anticipated PS5 hits the market.

Sony hasn't officially revealed the PS5 yet, but it's expected to be a significantly more powerful console that will be able to go toe-to-toe against Microsoft's (NASDAQ:MSFT) Xbox Series X during the holidays. Both companies are counting on their next-gen consoles to reboot their sluggish gaming businesses.

Sony already shipped over 100 million PS4s over the past six years, making it the world's top console maker and one of its top game publishers. This gives Sony an edge against Microsoft, and a warm reception for the PS5 at the end of the year could propel its stock to fresh highs by 2021.

4. A reasonable valuation and room for dividend hikes

Analysts currently expect Sony's revenue and earnings to grow 2% and 4%, respectively, next year. Those growth rates seem tepid, but they indicate that Sony's strengths will continue to outweigh its weaknesses.

Sony's stock still trades at a reasonable 17 times forward earnings, which indicates that it still has plenty of room to run before it overheats. It could also attract more investors if it raises its dividend yield of 0.5%, which used up just 5% of its free cash flow over the past five years.

At first glance, Sony might seem like a slow-growth investment with too many moving parts. However, this 73-year-old company still has a surprising number of irons in the fire, and its evolving business could lift the stock even higher this year.