As AbbVie (NYSE:ABBV) gets closer to completing its $63 billion acquisition of Allergan (NYSE:AGN), the company is laying out its plan for the integration. When the deal closes, which is scheduled to happen this quarter, AbbVie will keep Allergan's aesthetics as a separate unit with its own research and development function.

The rest of Allergan, including its eye care and treatments for central nervous system, women's health, and gastrointestinal diseases, will be integrated into AbbVie. In the deal, AbbVie gets antispychotic Vraylar, irritable bowel syndrome treatments Linzess and Viberzi, and oral contraceptive Lo Loestrin, among other drugs, as well as a pipeline of potential new therapies. 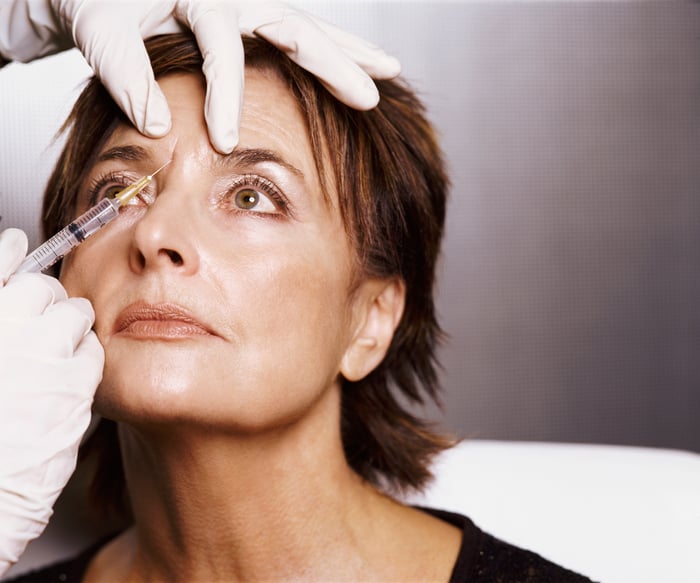 The health company plans to split the Botox franchise. People supporting its use as a cosmetic for reducing wrinkles will stay with Allergan Aesthetics, while Botox therapeutics will be integrated into AbbVie. The drug is approved for nine different indications that can benefit from the muscle-relaxing neurotoxin, including overactive bladder, migraines, and spasticity, where muscles continually contract.

AbbVie expects the acquisition to immediately improve its bottom line with earning per share (EPS) expected to increase 10% over the first full year following the close of the transaction. The company estimates at its peak, the deal will add more than 20% to EPS.