2019 wasn't a great year for Baidu (NASDAQ:BIDU). The company encountered such headwinds as the slowdown of the Chinese economy, the country's trade war with the U.S., and competition from several companies that is eating away at its core business (more on that below). Baidu's shares lost 20% of their value last year, seriously underperforming the S&P 500's 29% return over the same period.

However, Baidu remains one of the most important tech players in the Chinese market, and the company will look to recover in 2020 and beyond. Is Baidu stock a buy today, or should investors keep their distance?

Baidu operates the largest search engine in China, and the company generates the bulk of its revenue from advertising. But there are other platforms challenging this core business. They include Tencent's WeChat, which is an app that offers several functions, such as messaging, payment services, and yes, a search function. WeChat's search engine is unlikely to topple Baidu as the top dog in this category in China any time soon, but the app's ecosystem of users -- WeChat boasts more than a billion monthly active users (MAUs) -- is an attractive target for advertisers. 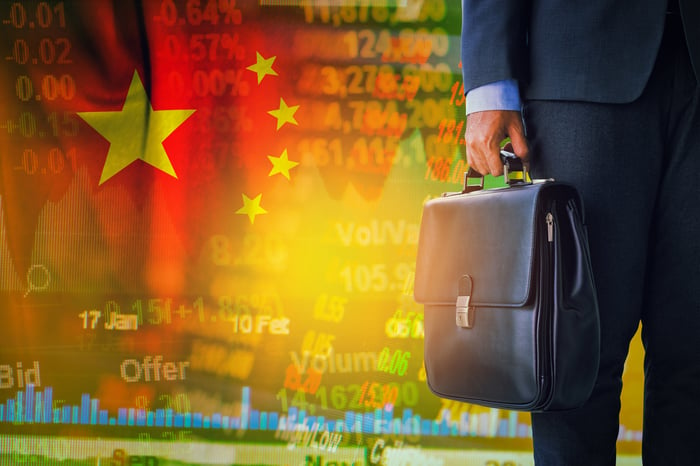 Baidu does have other competitors, including ByteDance, which launched a new search function last year via its popular app Toutiao. Note that during the third quarter, Baidu's online marketing services revenue was $2.9 billion, representing a 6% sequential increase but a 9% decline compared to the year-ago period. Stiff competition will likely continue dragging Baidu's core business down, and the company is increasingly looking for ways to diversify its revenue base.

Perhaps the most important weapon in Baidu's arsenal is video streaming platform iQiyi (NASDAQ:IQ). The company is growing its user base at a rapid pace. During the third quarter, iQiyi's total subscribers increased 31% year over year to 106 million, and its membership services revenue was also up 30%. Although iQiyi generates most of its revenue via its video streaming and original content businesses, there's also the company's licensing, content merchandising, and online games segments. However, iQiyi has faced some of the same competitive pressures as Baidu lately, and during the third quarter, iQiyi's top line only increased 7%. Let's not forget that iQiyi is not consistently profitable yet, which means it's a dead weight on Baidu's bottom line.

Baidu is looking to other opportunities to spur top-line growth. For instance, there is the company's "open-source autonomous vehicle technology platform" Apollo. Baidu claims to have over 135 partners that support its self-driving cars initiative, and while we are still in the early stages of the autonomous cars revolution, Baidu is looking to maintain an edge in this potentially lucrative market with a view to profit immensely in the future. Baidu recently became the first company to receive 40 licenses to test its self-driving cars on designated roads in China. Lastly, there is Baidu's smart speakers business, which still generates a negligible amount of revenue, but where the company has been making serious strides of late.

The slowdown in Baidu's core business is a worry, and while the company is looking to diversify its sources of revenue, many of its initiatives to do so do not inspire full confidence yet. There is iQiyi, which is contributing to Baidu's top line but is still unprofitable, and there are Baidu's AI and Apollo initiatives, which won't make a material impact on the company's financials for some time.

Still, Baidu will remain a top player in its domestic market for many years to come, and the company's ventures have the potential to eventually pay off in a big way. For those reasons, I still believe Baidu is a buy, but investors looking to initiate a new position in the stock right now should do so prepared to ride out some volatility.