Mylan (NASDAQ:MYL) announced today that its American-based business issued a voluntary nationwide recall for its ulcer medication after discovering trace amounts of carcinogens in some of its old batches. Three different lots of nizatidine capsules, including both the 150mg and 300mg dose variants, were found to contain small amounts of N-Nitrosodimethylamine (NDMA), and the company has since issued a voluntary recall for all capsules suspected to be contaminated.

NDMA is a known carcinogen, a type of substance that causes cancer in living tissues. NDMA is especially harmful to the liver, with high levels of exposure to the compound causing internal bleeding, liver damage, cancer, and death. Mylan's stock is up slightly since its opening price today. 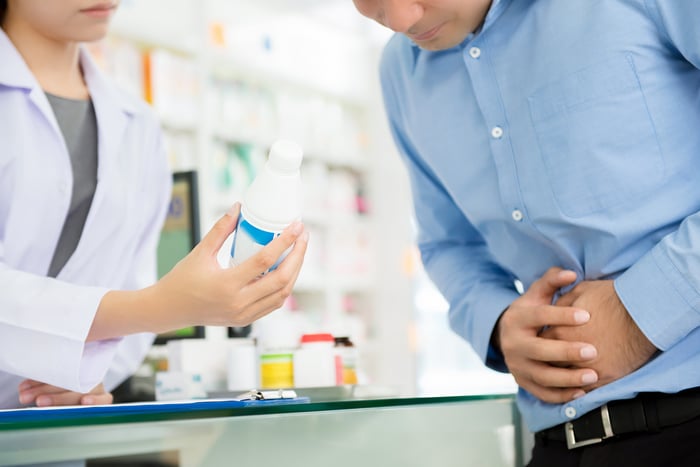 Nizatidine is used primarily as a treatment for stomach ulcers, but also can be prescribed for heartburn as well as gastroesophageal reflux disease (GERD), which occurs when acid from the stomach flows back into the esophagus.

It turns out that nizatidine has a history of having elevated NDMA levels. The Food and Drug Administration issued a report in November that found that nizatidine exceeded acceptable concentrations of NDMA for human ingestion. While overall levels were relatively low, equivalent to eating a smoked or grilled piece of meat, the FDA deemed that it still surpasses acceptable limits for daily consumption and that Mylan should recall any batches of nizatidine that it finds to have excessive levels of contaminants.

The FDA recommends patients consider alternative pharmaceutical medications that haven't been shown to have impurities, such as Pepcid, Tagamet, and Nexium.