Shares of Tenneco (NYSE:TEN), a designer and manufacturer of aftermarket technology solutions for multiple vehicle markets, dropped more than 12% Wednesday afternoon after the market absorbed uncertainty surrounding the company's delay in the spinoff of its DRiV business.

There are a couple of developments to digest here. First, Tenneco announced Brian Kesseler, the company's co-CEO, will take over the new consolidated CEO role of the new Tenneco business and will continue to oversee DRiV, while Roger Wood, former co-CEO, is stepping down effective immediately. The leadership shake-up is a small part of the company's overall plan to cut costs, optimize operations, and improve cash flow.

The second development was Tenneco's announcement that current end-market conditions are making it challenging to spin off DRiV during the midyear 2020 time frame as planned. Management believes that the company is taking steps to improve its financials and lower its leverage profile to complete the spinoff when conditions are more favorable. 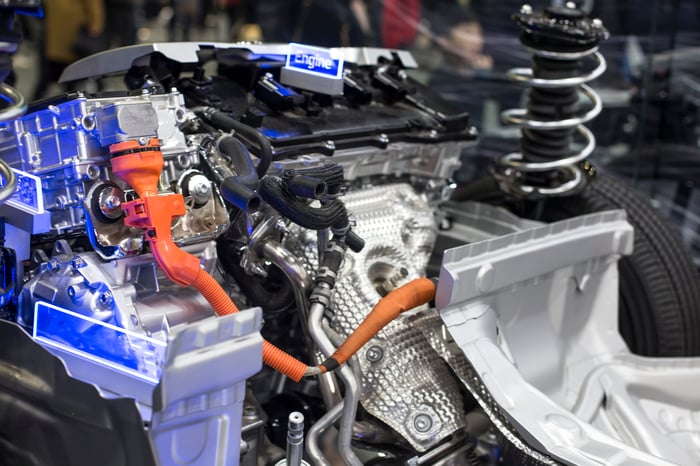 Tenneco's stock price decline Wednesday is pretty cut-and-dried in the sense that markets don't value uncertainty. While this is only a delay to the DRiV spinoff, there's clearly more risk and uncertainty surrounding that development. Morgan Stanley analyst Adam Jonas weighed in on Tenneco's announcement, saying, "We see risk to the spin of DRiV, if management wants to maintain certain leverage targets for DRiV and New Tenneco, but we believe the desire to spin is there, and management has enough levers to get the spin through the finish line."

While investors should take stock-price pops and drops with a grain of salt, and remember that investing in the auto industry is challenging, it's clear that uncertainty surrounding the spinoff is on the rise and that investors need to see financial improvement before jumping back in.