In October, Tiffany received an unsolicited buyout offer from LVMH Moet Hennessy -- Louis Vuitton (OTC:LVMUY) (OTC:LVMHF) for $120 per share in cash. That represented a premium of more than 30% over where the stock had been trading the week before.

Typically with acquisitions, the stock of the company being acquired will trade around the buyout offer until the transaction is complete. But shares of Tiffany currently trade well above the offer at $133, as investors are betting that another company may come along with a better deal. But that may not happen.

The reason for investors' hopes is that after initially receiving the offer from LVMH, Tiffany reportedly approached Berkshire Hathaway's Warren Buffett about bidding for the company, but the investing legend declined. 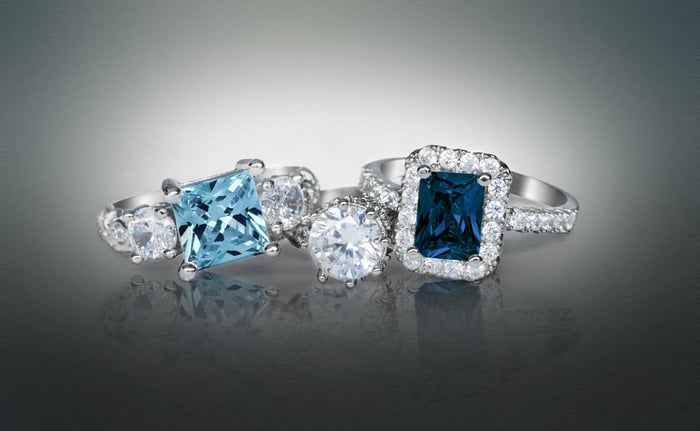 As things currently stand, Louis Vuitton will sweep Tiffany into its arms. The jeweler will hold a special stockholder meeting in early February to approve the merger agreement, but unless another party makes a proposal, it seems like a done deal. The transaction is expected to close in the middle of 2020, assuming the deal is approved by shareholders.

The iconic jewelry store has struggled lately with lower spending from tourists and currency headwinds. Worldwide net sales of $1 billion were flat year over year in the third quarter, while net earnings were down 17% due to lower margins and a higher tax rate. But business trends seemed to improve during the holidays, with a marked shift in momentum in the Americas region.

Meanwhile, the global luxury goods market is doing well, and LVMH and its iconic Louis Vuitton brand have benefited. Revenue and earnings at LVMH have steadily marched higher over the last decade, which has led LVMH stock to significantly outperform shares of Tiffany. All in all, the deal looks like a good outcome for Tiffany shareholders. 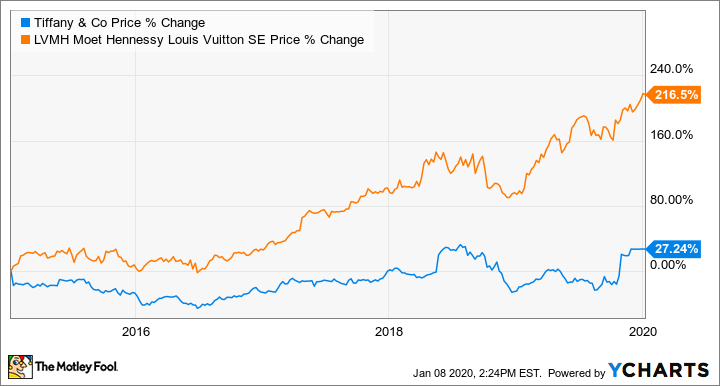 The addition of Tiffany is expected to fill out LVMH's position in jewelry and allow for further growth in the U.S. market. In a statement, LVMH CEO Bernard Arnault said, "We will be proud to have Tiffany sit alongside our iconic brands and look forward to ensuring that Tiffany continues to thrive for centuries to come."