Jewelry and luxury goods companies Tiffany & Co. (NYSE:TIF) and LVMH Moet Hennessy (OTC:LVMHF), or LVMH, may go forward with their long-delayed merger after all, according to news from several sources this morning. The European Commission of the EU finally completed its review of the regulatory and anti-competitive standing of the deal and approved it to move forward today, according to Reuters.

The European Commission's go-ahead was the final governmental approval required before LVMH's acquisition of Tiffany, originally set at $16.2 billion, could move forward. While the legal field is now clear to for the two companies to seal the deal just a few days short of a year since the merger was first announced, litigation between the two still needs to be resolved before the purchase is completed. 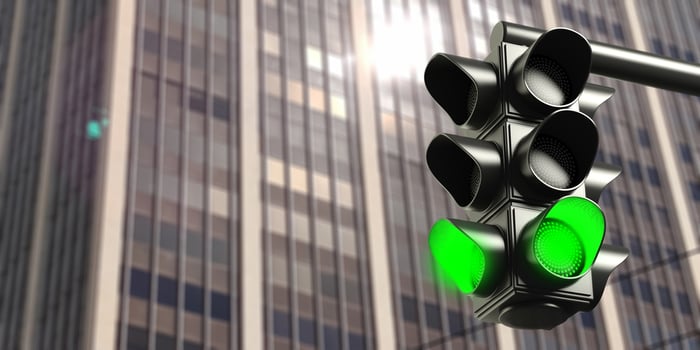 The COVID-19 pandemic and its catastrophic economic impact plunged the two companies into a tangle of lawsuits and counter-suits earlier this year. Each accused the other of breaching the terms of the acquisition agreement, leading to speculation the deal would be called off, though hints existed even at that point that a mending of fences was possible.

With the regulatory approval now secured, anonymous sources told CNBC's David Faber Tiffany and LVMH may be edging toward patching up their differences. The news outlet said sources indicated the companies are engaged in "indirect talks," the upshot of which could be the closing of the merger after all, though possibly with a tender offer or a reduced acquisition price.