Bilibili's (NASDAQ:BILI) stock rallied about 70% over the past 12 months as the Chinese digital media company bucked the country's economic slowdown and churned out robust revenue growth. Bilibili weathered the macro headwinds because its ACG (anime, comics, and gaming) content mainly appealed to China's younger Gen Z users, who were born between 1990 and 2009.

Gen Z users, who account for over 80% of Bilibili's audience, are generally more willing to pay for its mobile games, live video streams, the tie-in products sold on its e-commerce platform. That's why its monthly active users (MAUs) grew 38% annually to 127.9 million last quarter, its total number of monthly paying users more than doubled to 7.9 million, and its revenue per MAU rose 25% to 14.5 yuan ($2.09).

Bilibili's popularity with younger users convinced Tencent (OTC:TCEHY) and Alibaba (NYSE:BABA) to buy 12% and 8% of the company, respectively, in late 2018 and early 2019. Tencent partnered with Bilibili to broadcast more anime and esports content, and Alibaba integrated Bilibili's marketplace into Taobao.

Those partnerships paved the way for additional deals between Bilibili, Tencent Music (NYSE:TME), and Alibaba. Let's take a closer look at how these new deals will help Bilibili.

In late 2019, Bilibili launched the "Music Star Project," an incentive program to convince musicians with verified accounts on QQ Music and other streaming services to launch streaming video channels on its platform. That initiative, which offered cash prizes to top content creators, was aimed at growing Bilibili's legion of over half a million music content creators, who publish over a thousand original music tracks every month.

During last quarter's conference call in November, Bilibili CFO Xin Fan stated that the partnership with Tencent Music had been "a great win-win collaboration for both parties." At the beginning of 2020, Bilibili and QQ Music expanded that partnership by jointly hosting a series of online tryouts for independent musicians. The winners will be rewarded with the production of custom music videos and guidance from professional music producers. 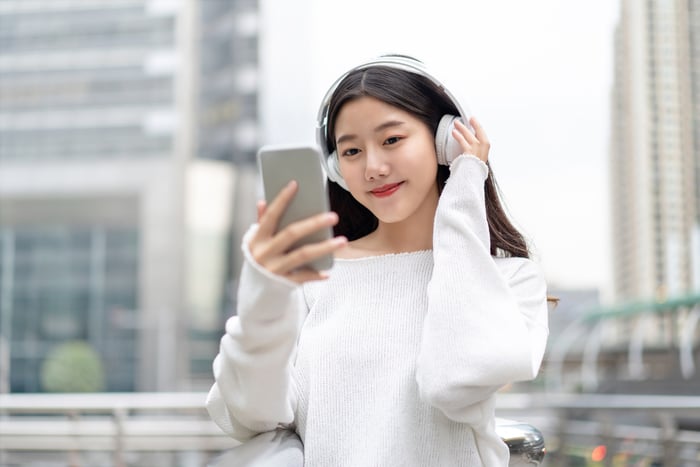 Strengthening its e-commerce and advertising businesses with Alibaba

In late 2018, Alibaba allowed content creators on Bilibili to register accounts on Taobao to promote their own merchandise. The two companies also commercialized Bilibili's other anime, games, and comics assets with more tie-in products, and those sales were analyzed with Alibaba's analytics tools.

During last year's Singles Day (Nov. 11) shopping event, Bilibili launched an integrated marketing program with Alibaba's Tmall and Taobao marketplaces. That initiative allowed the two companies to directly sell products via "one stop shop" ads on each others' platforms, enabling shoppers to purchase products with a single click.

Those growth rates clearly indicated that Bilibili's business was well-insulated from the macro headwinds that were battering China's larger e-commerce and advertising players. During last quarter's call, Fan stated that the initial results for its performance-based ads which link to merchandise were "very encouraging," and that Bilibili planned to "work closely with Alibaba" to bring its "partnership to the next level."

Bilibili will likely remain a valuable partner for Tencent, Tencent Music, and Alibaba for the foreseeable future since all four companies share a common enemy in ByteDance, the rapidly growing owner of TikTok and Toutiao.

Bilibili's popularity with Gen Z users and its focus on ACG content make it one of the few companies that seems well-insulated from ByteDance's expansion. Those strengths, and the support of giants like Tencent and Alibaba, could propel the stock to fresh highs in 2020.