Shares of ADMA Biologics (NASDAQ:ADMA) were soaring 17.2% higher as of 11:34 a.m. EST on Thursday. The big jump came after the biotech announced its preliminary 2019 Q4 results and provided a strategic outlook for 2020.

ADMA expects to report Q4 revenue of $11.9 million, nearly triple the revenue of $4.1 million posted in the prior-year period. For full-year 2019, the company's preliminary revenue totaled $29.2 million, up 72% year over year. ADMA also listed several strategic priorities for 2020, including expanding its commercial launches of Bivigam and Asceniv. 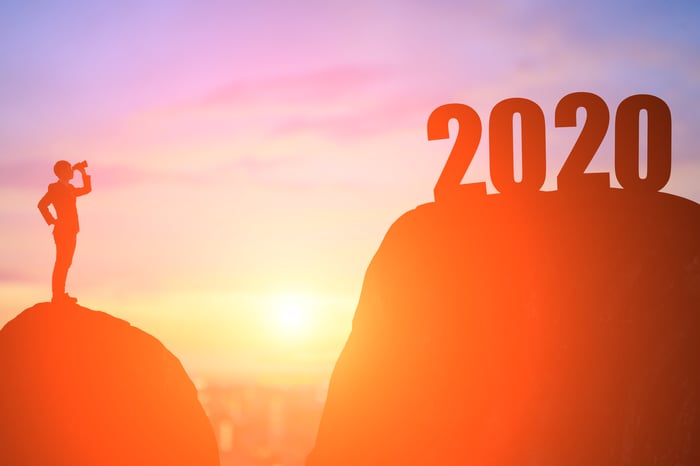 Investors responded so positively to ADMA's announcement primarily because the company's Q4 revenue figure was much better than expected. The average analyst estimate projected Q4 revenue of $8.64 million. ADMA's preliminary number was even higher than the most optimistic analyst estimate of $11.6 million.

ADMA Biologics CEO Adam Grossman said that the company was "extremely pleased" with its preliminary Q4 and full-year 2019 results. He attributed the success primarily to the launches of Bivigam and Asceniv plus the first sale of intermediate fractions related to ADMA's intravenous immune globulin (IVIG) production process.

Bivigam first won U.S. Food and Drug Administration (FDA) approval in 2012 for treating primary humoral immunodeficiency (PHI). However, the drug was taken off the market in late 2016 by Biotest Pharmaceuticals Corporation due to manufacturing and compliance issues. The FDA approved a Prior Approval Supplement (which is required for any major change to a previously approved drug) for Bivigam in May 2019. The agency also approved Asceniv in April 2019 for treating primary humoral immunodeficiency disease (PIDD).

Grossman said that ADMA will focus in 2020 on expanding its manufacturing capacity and securing new contract manufacturing supply agreements, among other key priorities. He also stated that the company is "actively pursuing new pipeline assets targeting specialty plasma products and/or hyperimmune immunoglobin indications and compositions."

The key to success for a small biotech stock like ADMA is to advance pipeline candidates, win regulatory approvals, and have smooth commercial launches. At this point, it seems the company is checking off all three boxes.