Movie theater chain AMC Entertainment Holdings (NYSE:AMC) had a hit-and-miss year in 2019, but the misses outclassed the hits. The stock fell 41% last year, according to data from S&P Global Market Intelligence, missing out on a general market rally that saw the S&P 500 index rising 29%.

AMC started the year in grand style, rising as much as 39% year to date in the middle of April. That climb included a 14% single-day jump on March 1 thanks to a solid fourth-quarter earnings report. The AMC Stubs A-List ticket subscription program was popular, and Hollywood kept feeding the theater operator a long string of massive hits.

However, positive moves like the March jump only served as temporary relief from a long and deep slide that started in April and continued throughout the year. May's first-quarter report missed Wall Street's earnings estimates in spite of a solid top-line showing, triggering a 9% single-day drop and a boatload of negative analyst reports that only increased the market pressure.

That trend never stopped, and AMC is still setting all-time lows on a nearly daily basis in the early days of 2020. 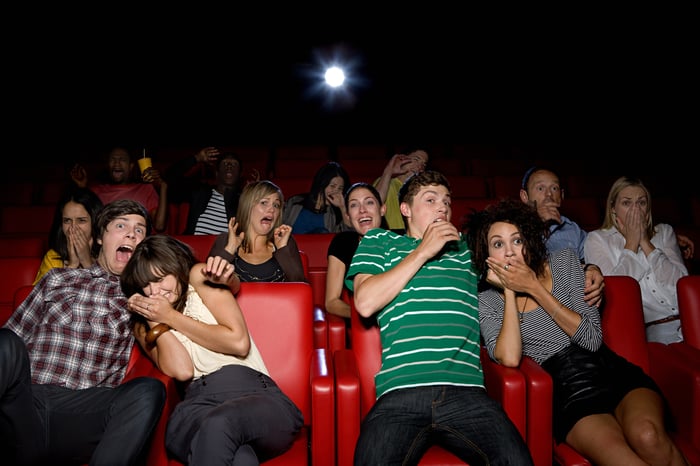 It's not hard to see why AMC's stock is taking a beating. Revenues have remained flat since the buyouts of rival chains Carmike Cinemas and Nordic Cinema Group in the 2016-2017 period, despite a concerted effort to boost the top-line take with upgrades such as premium recliner seats and in-theater dining options. The very same efforts weighed heavily on AMC's bottom line, resulting in deeply negative earnings and free cash flows.

The company is trying to tap into the digital streaming trend that is killing the old-school movie theater business by launching its own streaming service. AMC Theatres Video On Demand gives consumers access to a few thousand silver-screen hits on the living-room TV or mobile devices. But that's more of a pay-per-view option than a monthly subscription service, which makes me think that AMC's top brass still doesn't understand why streaming platforms are so incredibly popular. It's a shot in the dark, in the wrong direction. AMC would have to renegotiate its content deals in order to actually launch a competitive video-streaming service.

So I wouldn't be surprised to see AMC's stock sink even lower in 2020, even if the movie studios come up with a killer slate of big-screen entertainment events this year. This company is investing heavily -- in things that really won't help AMC compete any better. Leaving this ticker alone is made easier by the fact that some of AMC's most dangerous digital rivals rank among the best investments on the planet right now.