Last year was an excellent one for investors in renewable energy stocks. Solar stocks, in particular, were red hot as the top ones all generated triple-digit returns.

While the sector likely won't match that performance again this year, it has the potential to continue producing market-smashing returns given the growth that's ahead. That's because the global economy needs to invest trillions of dollars so that it can pivot from a reliance on fossil fuels to renewables in the coming years.

Given the growth that's still ahead for the sector, investors should resolve to buy more renewable energy stocks in 2020. Here's a look at three of the most appealing opportunities. 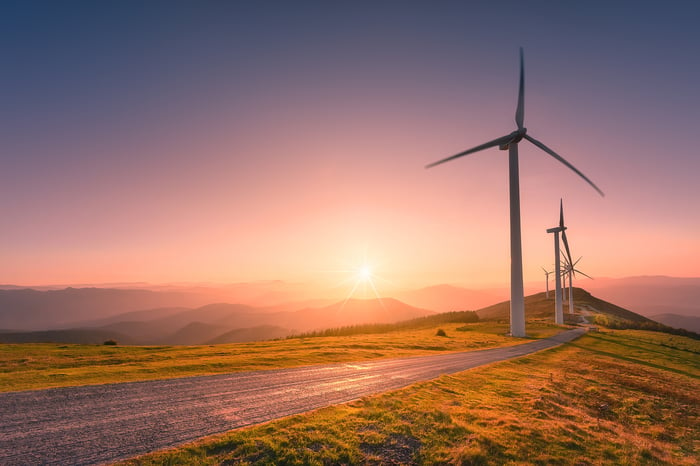 One of the hindrances to the adoption of renewable power sources is that they generate electricity intermittently -- the sun doesn't always shine on any given set of solar panels, and the wind doesn't blow consistently. Because of that, renewables haven't been able to provide firm baseload capacity, which is driving the construction of new natural gas power plants.

However, thanks to significant declines in the cost of both wind and solar components as well as large batteries, it's becoming increasingly more economical to add battery storage to new renewable energy projects. One of the leaders in deploying energy storage systems is utility NextEra Energy (NYSE:NEE). Last year, it unveiled a first-of-its-kind energy facility in Oregon that will co-locate wind and solar power generation, and battery storage. NextEra also detailed its plans to build the world's largest solar-powered battery system in Florida, which will connect an existing solar energy project to a new energy-storage center.

With battery storage costs declining, NextEra believes that solar electricity generation will grow at a faster rate than wind power in the coming years because it's becoming a more cost-effective option. That forecast bodes well for solar panel and component makers, as well as the companies that supply raw materials and manufacture batteries.

Utilities are betting big on renewables

While NextEra has been the renewables leader in the utility sector in recent years, a growing number of its peers are focusing on generating cleaner power too. Xcel Energy (NASDAQ:XEL), for example, became the first one in the sector to pledge to become carbon neutral by 2050. Its example spurred several of its peers to get more serious about reducing their carbon footprints.

Duke Energy (NYSE:DUK), for example, announced plans to cut its carbon emissions in half by 2030, and is aiming to become carbon neutral by 2050. NRG Energy (NYSE:NRG) publicly set those same ambitious targets last year.

One key to reaching those goals will be an accelerated investment in renewable energy. That has the potential to enable those utilities to generate outsize total returns, given how successful NextEra's renewables-focused investment plan has been. The company has grown its earnings at an 8.5% compound annual rate since 2005, which is the highest among the 10 largest power companies. As a result, NextEra's total returns have not only outperformed its utility sector peers, but also 86% of the stocks in the S&P 500 during that time frame. 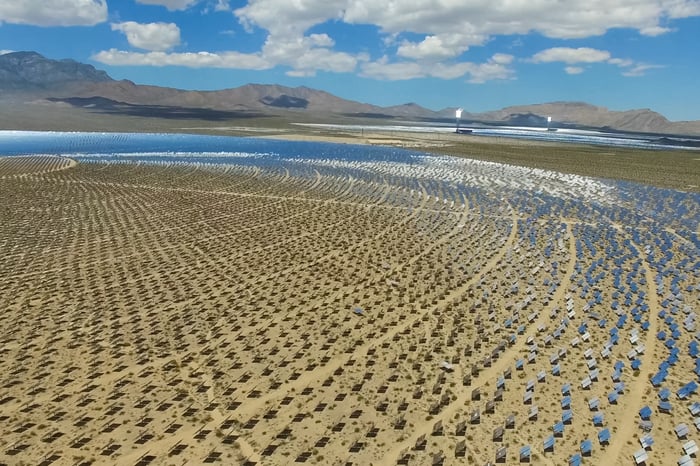 Yieldcos have figured out how to generate returns

Renewable energy yieldcos have not yet lived up to their initial hype. These companies, which operate portfolios of cash-flow generating renewable energy facilities, were supposed to offer income-seeking investors fast-growing, high-yielding dividends. Instead, many had to cut their payouts because they couldn't simultaneously support both their growth plans and their dividends.

This niche, however, has undergone some changes in recent years as new sponsors took control of the yieldcos. Leading alternative-asset manager Brookfield Asset Management (NYSE:BAM), for example, took the reins of wind and solar power producer TerraForm Power (NASDAQ:TERP) in late 2017. Brookfield implemented a turnaround plan aimed at increasing the profitability of TerraForm's legacy assets while also shoring up its balance sheet and giving it the capital it required in order to grow. That enabled TerraForm to reinstate a high-yielding dividend, which it has the capacity to increase by 5% to 8% per year through at least 2022.

With renewable yieldcos now back on a more solid footing, they're becoming increasingly attractive options for dividend investors.

The long-range tailwinds for renewables are clear

Climate change concerns and falling costs are proving to be powerful catalysts for renewable energy development. Because of that, the sector should continue growing at a brisk pace. That could give renewable energy stocks the power to continue producing strong returns, which is why investors should resolve to add more of them to their portfolios this year.