Shares of NCR Corporation (NYSE:NCR) outpaced a booming market last year, soaring 62% compared to a 29% spike in the S&P 500, according to data provided by S&P Global Market Intelligence.

The stock was ahead of the market for the entire year, but its performance gap expanded during 2019's closing weeks. 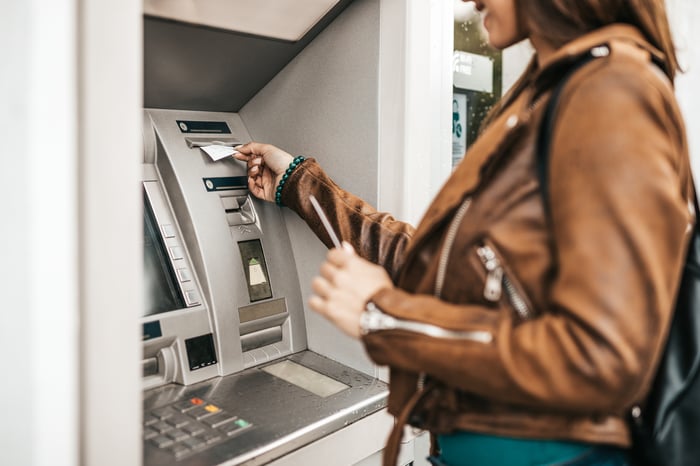 The consumer financial transaction specialist's rally hit another gear after the company announced surprisingly strong third-quarter results and raised its outlook for fiscal 2019. Specifically, revenue rose by double digits in each of its three core operating segments, leading to a 17% sales spike overall after accounting for currency exchange moves. The ATM provider boasted about "momentum across our business" heading into the year's final quarter.

NCR raised its revenue outlook for the second straight time and now sees sales rising by 5% to 6% rather than the 3% to 4% range it issued back in July. Its improving growth profile is unmistakable given that the company initially entered the year predicting gains of roughly 2%. NCR's accelerating expansion pace will be the key trend investors are watching when the company announces fourth-quarter earnings in a few weeks and issues its official guidance for fiscal 2020.