Please ensure Javascript is enabled for purposes of website accessibility
Log In Help Join The Motley Fool
Free Article Join Over 1 Million Premium Members And Get More In-Depth Stock Guidance and Research
By Rich Smith - Jan 10, 2020 at 11:56AM

Six Flags (SIX 0.81%) shares are at half-mast this morning. Well -- not quite half. But they are down a whopping 17.3% as of 10:10 a.m. EST, after the theme park operator filed a report with the SEC warning that "continued challenges" with "the development of the Six Flags-branded parks in China" will subtract $8 million to $10 million in revenue from what the company gets in Q4 2019.

Wall Street analysts were spooked by the news, and already TheFly.com reports that Wells Fargo and Janney Montgomery Scott have downgraded Six Flags in response to its news. 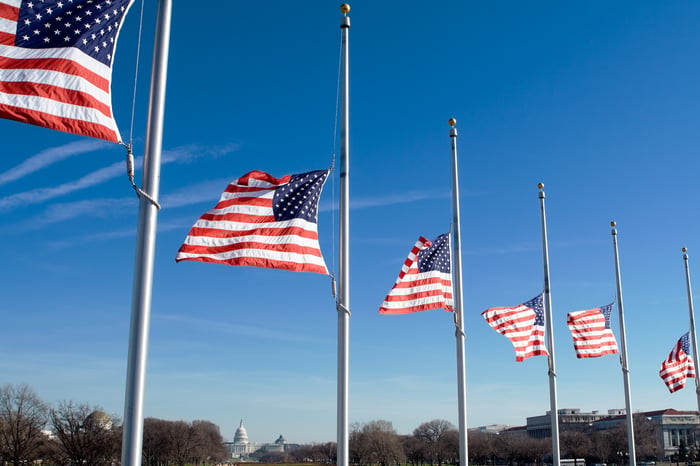 So what "challenges" exactly is Six Flags experiencing in China?

Hurt by a weakening economy and weaker real estate market, Chinese partner Riverside Investment Group is in "default on its payment obligations to the Company," and therefore Six Flags says it "will realize no revenue from the China international agreements" in Q4. Although the company "does not foresee any significant additional one-time costs or expenses," it cautions that a potential future "loss of all the China projects would result in no revenue for that market" going forward as well.

Meanwhile, back at the ranch, "the Company's North America parks experienced lower attendance in the fourth quarter of 2019 ... due to softer than expected season pass and membership sales, primarily during the holiday sales periods."

So basically, bad news all around.

In response to the news, Wells Fargo cut its rating on Six Flags to "underweight," saying its China business is "rapidly crumbling." Janney, meanwhile, cut its rating to "neutral" based on the U.S. numbers, saying it sees "clear indicators" that the business is deteriorating here as well.

Despite its attractive P/E ratio of only 11.4 times earnings, the prospect of weaker profits going forward means this valuation may not be as cheap as it seems. Investors attracted by Six Flags' 7.5% dividend yield, too, should be concerned that the company's payout ratio is now above 100% (i.e., it's paying out more in dividends than it's earning in profit to pay for those dividends). The worse the profits picture gets, the greater the danger of a dividend cut down the road.