Despite a strong year for biotechnology stocks, Biogen (NASDAQ:BIIB) and Gilead Sciences (NASDAQ:GILD) both underwhelmed investors in 2019. Biogen's shares ended the year down 1.4%, whereas Gilead's stock eked out a modest gain of 3.88%. By contrast, the biotech funds iShares Nasdaq Biotechnology ETF and SPDR S&P Biotech ETF rose a healthy 25% and 32.5%, respectively, last year.

Which of these biotech giants has the better chance of breaking out of this funk in 2020? Let's take a look at how Biogen and Gilead compare on several key areas to find out. 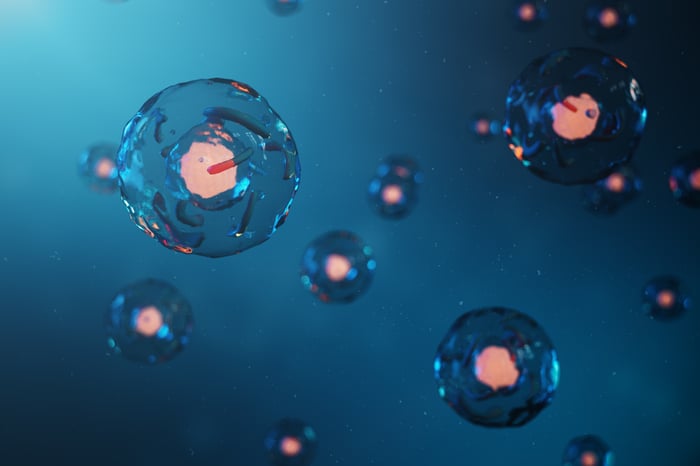 On the surface level, Biogen comes across as a classic value play. Its shares are currently trading at 8.87 times projected 2020 earnings. That's dirt cheap for a company operating in an industry with an average forward price-to-earnings ratio of 48.6. A deeper look under the hood, though, reveals some serious deficiencies in regards to Biogen's value proposition.

The brief rundown is that Biogen derives nearly two-thirds of its annual revenue from multiple sclerosis (MS) drug sales, with the remaining amount coming from the spinal muscular atrophy medicine Spinraza, along with its fledgling biosimilar business. Unfortunately, Biogen's MS franchise may have already plateaued from a revenue generation standpoint -- that is, depending on how its clinical pipeline pans out, as well as its ongoing patent disputes.

Adding to the biotech's woes, Spinraza seems close to hitting its commercial peak and biosimilar sales simply won't ramp up quickly enough to offset either of these headwinds this year. Biogen's top line, in turn, is expected to dip by 1.4% year over year in 2020.

What has Biogen done to return to growth on a consistent basis? In 2019, the biotech signed a research agreement with Skyhawk Therapeutics to develop small-molecule drugs for neurological diseases, acquired the gene-therapy company Nightstar Therapeutics, and brought high-profile Alzheimer's disease drug candidate aducanumab back from the dead. None of these potential value drivers are expected to change its outlook this year, however.

At 9.38 times estimated 2020 earnings, Gilead's stock is also trading in bargain-bin territory right now. Nonetheless, this blue chip biotech has arguably earned this low valuation. The long and short of it is that Gilead has repeatedly failed to hit upon a viable growth strategy over the past four straight years. The net result is that Gilead's top line is on track to basically flatline yet again this year.

That being said, Gilead does have a couple of promising green shoots that could change this narrative over the early part of the new decade. Gilead's experimental anti-inflammatory medicine filgotinib -- in-licensed from Galapagos -- is widely expected to become a megablockbuster product in short order, and the biotech's cell therapy franchise should also get a major boost soon with the likely approval of KTE-X19 for mantle cell lymphoma later this year. That's the good news.

The bad news is that Gilead's remaining pipeline is rather thin. The biotech recently whiffed on the high-value liver disease known as nonalcoholic steatohepatitis for a second time with the failure of the phase 2 ATLAS trial. Moreover, it has yet to pull the trigger on another major acquisition to bring in a fresh crop of novel clinical candidates.

All things considered, Gilead's stock is arguably the better buy right now. Biogen's decision to pursue a regulatory approval for aducanumab -- in lieu of going after a bolt-on acquisition -- could backfire, perhaps spectacularly so. Gilead, by contrast, has a decent shot at returning to modest levels of top-line growth as soon as 2021, thanks to the licensing deal with Galapagos, along with the acquisition of Kite Pharma's cell therapy platform. As a result, Gilead appears to be the far safer stock to own in 2020.