Shares of American Tower (NYSE:AMT) rose 45.3% in 2019, according to data from S&P Global Market Intelligence. The leading owner and operator of cell towers and small cells simply executed crisply in a difficult year.

The company set itself apart from key rivals by reporting particularly strong results in February and October. In February's fourth-quarter report, American Tower's revenues rose 25% year over year to $2.13 billion while adjusted funds from operations (AFFO) per share increased 13% to $2.40 per share. Your average analyst would have settled for AFFO near $2.30 per share on sales near $2.04 billion.

Nine months later, third-quarter earnings landed at $1.12 per share on top-line sales of $1.95 billion. This time, Wall Street had been looking for earnings near $0.95 per share on sales in the neighborhood of $1.87 billion. 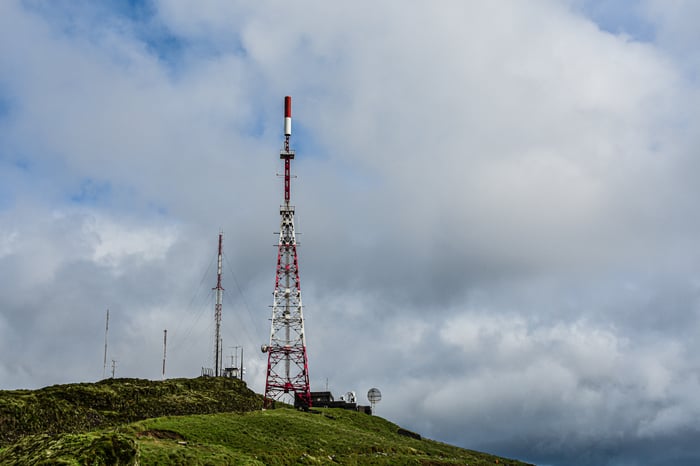 Looking ahead, American Tower is exploring overseas growth through a series of strategic buyouts and some fresh infrastructure builds of its own. 5G wireless installations should also give the company a fresh shot of adrenaline over the next few years, particularly in the small cell category as 5G signals are often delivered in ultra-high-frequency radio bands that are better suited for a large number of small base stations than a handful of heavy-duty towers. And that long-suffering attempt to merge T-Mobile with fellow wireless network operator Sprint? That deal is often seen as a potential problem for companies like American Tower since two of its largest clients would combine into a single entity that might want to cut costs by canceling tower leases where the two networks overlap. However, those worries were priced into American Tower's stock many moons ago and the company would probably prefer an end to that long-running merger attempt. At this point, ending the uncertainty around a not-quite-complete deal should balance out whatever fallout the network merger might trigger.

So American Tower's stock performed well in 2019, and the company has plenty of potential growth catalysts left to explore in 2020 and beyond.