Disney+'s impressive launch speaks to the value of its library, which -- though smaller than Netflix's -- is full of popular films and bankable franchises. Its arsenal of top media properties includes classic Disney animated films, Star Wars, Marvel Studios, and The Simpsons, to name a few. Disney's already significant holdings were augmented by the acquisition of 21st Century Fox, first announced in 2017 -- a move that Disney made with streaming in mind.

It's no exaggeration to say that Disney+ only exists because of this existing in-house content. Disney has heavily promoted its service as the "forever home" of all things Disney-branded and Disney-owned, from Star Wars and Marvel Studios on down to Snow White and the Seven Dwarfs.

Disney insisted that the Disney+ library would not rotate titles in and out, as tech competitors like Netflix do. But at least some of Disney's content seems to be moving in another direction: Despite the "forever home" promise, some titles are leaving Disney+ for stints with competitor services. 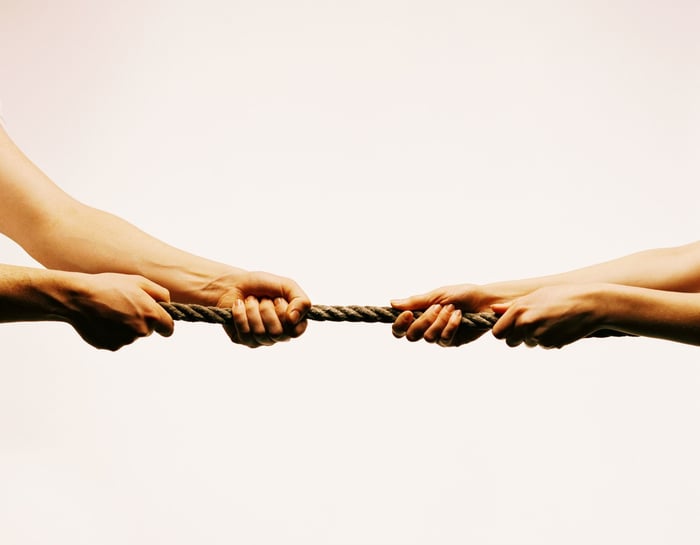 Disney's "forever home" promise has always been understood to include a few caveats.

Most obviously, Disney+ launched without all of Disney's titles: at the time of this writing, plenty of Disney-owned movies and TV shows, including hugely popular films like Avengers: Infinity War and Star Wars: The Last Jedi, remain on competitor services (Netflix, in the case of the aforementioned titles) on legacy deals.

It's understood, though, that when the deals tying films like Star Wars: The Last Jedi to Netflix expire, the films they constrain will head right home to Disney+ for the duration. Over time, Disney+ is supposed to accumulate all of these titles -- and more importantly, keep them.

But at least some of these titles are going a different route. We first learned about this inevitability from Disney last year, when it conceded that some Disney+ titles would leave the service for sojourns with streaming competitors. But Disney was mum on which titles would be affected and when the titles would be gone. (Some details have come out; CNET has reported that one legacy deal would send "popular movies from 2016 through 2018" over to Netflix beginning in about 6 years. But Disney released a lot of big titles in that span, so it's impossible to say which movies will go until that information is released or leaked.)

Of course, time will tell us more about these legacy deals -- in fact, it already has. Though less than three months old, Disney+ has already lost 12 titles. Here, via ScreenRant, is the list:

Luckily for Disney, this initial round of losses should be relatively easy for subscribers to stomach. While there is certainly an audience out there for the Home Alone movies and The Sandlot, it's hard to picture a major exodus triggered by furious fans of Garfield: A Tale of Two Kitties.

But the titles themselves may be less of a problem, than the ways in which their departure undermines Disney's claims about its new streaming service.

And if losing 12 titles in a couple of months is indicative of the volume of legacy deals Disney is dealing with, then Disney+'s library will effectively be a rotating one for the foreseeable future, despite Disney's claims to the contrary.

Legacy deals are here to stay

The loss of the twelve titles noted by ScreenRant surely won't do much to damage Disney+'s early success and rapid growth. But this is an issue to keep an eye on.

The high volume of title losses Disney+ has already seen, combined with the knowledge that at least some legacy deals affect titles as long as six years out from Disney+'s launch, suggest that this is a problem that isn't going away.

If Disney loses high-profile titles from the brands that it has built its new service on (Pixar, Star Wars, and Marvel in particular), that will be a problem -- and while Disney released a lot of "popular movies" in 2016, 2017, and 2018, it's hard to imagine a scenario in which the legacy deal CNET reported is dodged by all three of these big Disney hit-makers.

Additionally, there's the perception problem that even the relatively minor departures we've seen so far seem bound to create: that Disney+ was not forthright about being the "forever home" of Disney-owned content, and that the migration of Disney-owned content would not go entirely in just one (homeward) direction.

Disney+ was hyped as a service that would not have a rotating library; subscribers were never supposed to have to worry about what was "leaving soon." In the early going, at least, that has proven untrue.