Square (NYSE:SQ) introduced the Square Card about a year ago, offering merchants instant access to their Square account balance through a prepaid debit card. The product mimics the successful Cash Card linked to the consumer-facing Cash App, but it's for Square's core merchant services.

Management hasn't been nearly as aggressive in pushing the Square Card as it has with Cash Card. The company introduced Boosts in 2018, offering discounts for making purchases with your Cash Card at certain merchants. Square Card has kept its same value proposition for merchants since launch -- instant access to your Square account balance, and a 2.75% rebate on purchases made with other Square merchants.

But after a successful 2019, it looks like Square is going to get more aggressive in pushing merchants to sign up and use Square Card. Its first move is to raise the fee for Instant Deposit from 1% to 1.5% -- a move it made on the consumer side in 2018. The move should push more merchants to sign up for Square Card and use it more often for less-expensive instant access to their funds. 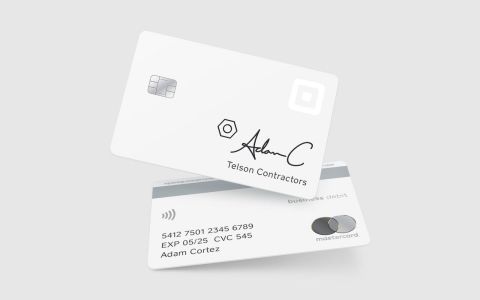 Offloading the cost of instant

The Square Card is a clever way for Square to collect a fee for offering instant access to funds without the cardholder having to pay those fees. Instead of taking a small percentage of the funds merchants want to transfer to their bank account, Square merely collects the interchange fee on each purchase. The selling merchant pays that interchange fee; that's part of what Square's covering with its take rate on card purchases for sellers.

The interchange fee on prepaid commercial debit cards can be quite high. In some cases, Square collects over 2.95% of a purchase. Merchants may be more aware of those fees versus your average consumer, but as long as they're not the one's paying that fee, Square Card presents a much better value to merchants compared to Instant Deposit.

Square's 2.75% rebate for shopping at Square merchants comes out of Square's pocket. And while it might be taking a loss on most of those transactions, it benefits in other ways such as word-of-mouth marketing for both Square Card and the rest of its merchant services suite.

So, Square is happy to cannibalize Instant Deposit with Square Card. It takes a higher percentage of merchant's spending and gets additional marketing from the newer product.

Locking merchants into the ecosystem

Square's biggest competitive advantage is its ecosystem of merchant services. By pushing merchants to use Square Card instead of depositing their funds into an external bank account, it affords Square more opportunities to sell merchants on other services such as Payroll. Meanwhile, Square receives greater insight into Square Card users' business expenses, which it may be able to use to target merchants for additional services or develop new services.

If Square Card successfully convinces merchants to use more services from Square, it should improve retention. Merchants that take more than one product from Square are more likely to stick with Square. It goes to reason those taking three or more (payment processing, Square Card, and one more) are even more likely to maintain their relationship.

Square Card could also enable Square to offer lower pricing on some services. For example, if a merchant spends a certain amount per month on their Square Card, Square may offer a discount on other services. Pricing is another way Square can use its ecosystem to retain merchants.

So, not only is Square Card a way to increase revenue and win some good word-of-mouth marketing, it presents a gateway to expand Square's existing merchant relationships and improve retention. Raising the rate on Instant Deposit is a subtle way for Square to push merchants to use Square Card, at minimal cost to the company.