Shares of Equifax (NYSE:EFX) gained 50.5% in 2019, according to data from S&P Global Market Intelligence . The credit-reporting company's stock rose thanks to a series of earnings beats and with the shadow of the big 2017 data breach receding further into the rear view. 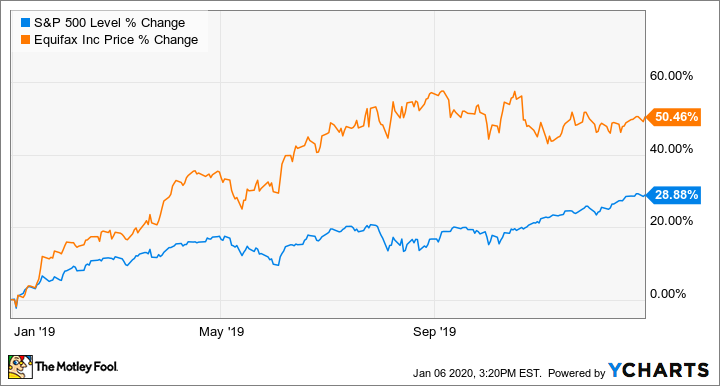 The company's shares wound up roughly flat in 2017 after recovering from the data-breach sell-off and then fell roughly 21% in 2018 after a weak quarterly report and sell-offs for the broader market hit at the end of the year. With market momentum at its back and four consecutive quarterly reports that topped earnings estimates, Equifax stock was able to post a substantial recovery last year. 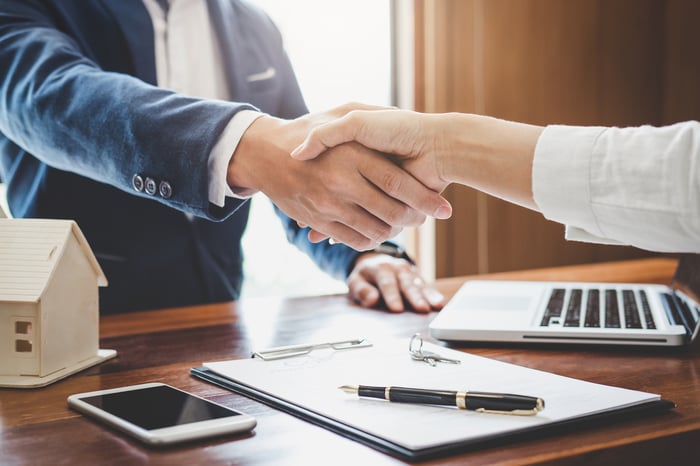 The following table tracks the sales and adjusted earnings performance for the four quarters that Equifax reported across calendar 2019.

Although the company's earnings dipped in three of the four quarters reported last year, profits came in higher than the average analyst target in each quarter. Equifax's revenue and earnings performance also looked better on a currency-adjusted basis, and investors rewarded the solid performance by pouring back into the company's stock. At the end of the 2019 rally, shares traded roughly in line with the value that they had achieved before the 2017 data breach.

Equifax has continued to climb early in 2019 amid momentum for the broader market. Shares are up roughly 4.7% in January's trading so far. 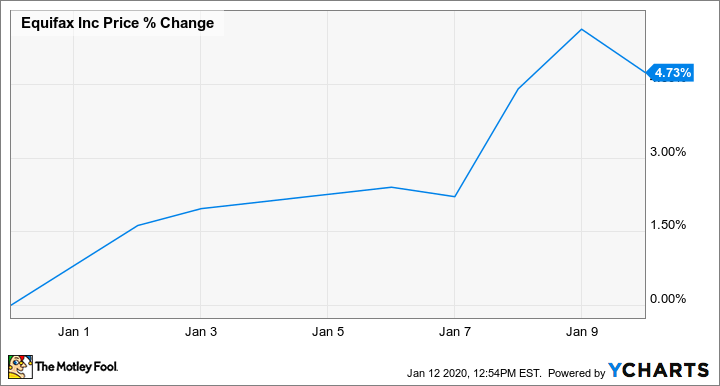 The company is guiding for revenue for the fourth quarter of fiscal 2019 to come in between $885 million and $900 million, representing growth of roughly 8.5% year over year at the midpoint of the target. Adjusted earnings per share for the quarter are expected to be between $1.47 and $1.52. The company is modeling for a 1.5% adverse foreign-exchange impact on sales and a negative impact of $0.02 per share on earnings.

Equifax stock trades at roughly 25 times the average analyst earnings target for 2020 and has a dividend yield of roughly 1.1%.