There's been a lot happening at Genworth Financial (NYSE:GNW), but investors may be wondering just where the company is headed amid all the activity. The Richmond-based company, which provides mortgage and long-term care insurance products, is currently involved in a major acquisition that has dragged on for years.

In October 2016, China Oceanwide Holdings Group struck a deal to acquire Genworth for $2.7 billion. Genworth would be a stand-alone subsidiary, and the deal was slated to close in mid-2017. More than two years later, it still hasn't. Last month, the two parties agreed to a 13th waiver that extends the time in which they can agree upon a closing date after receiving all the required regulatory approvals. The previous waiver expired Dec. 31; the new one gives the parties until March 31. The extension gives regulators additional time to review the deal, including Genworth's recent sale of Genworth Canada. The company announced last August that it agreed to sell its Genworth MI Canada subsidiary to Brookfield Business Partners. Oceanwide signed off on the sale.

But now, some regulatory bodies -- including the New York Department of Financial Services, as well as Fannie Mae and Freddie Mac -- must reapprove it as past approvals expired. Other regulators need to review it in light of the Genworth Canada disposition.

The waiver agreement with China Oceanwide also gives either party the opportunity to terminate the acquisition if regulators impose "materially adverse conditions on the transaction." Both sides say they are committed to the merger, but obviously, nothing has gone smoothly thus far.

So, what does this mean for the stock? Is Genworth Financial a buy? 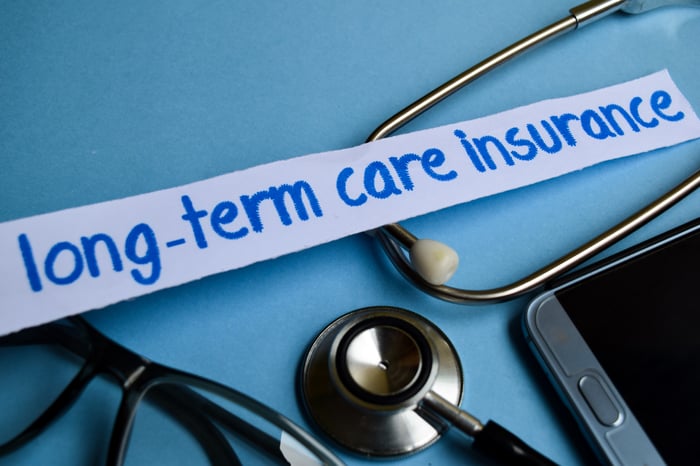 Genworth is one of the largest long-term care insurance providers in the country, but it has struggled in the past year. The stock price has dropped about 7% over the past year, but it is cheap, trading at about $4.42 per share. However, the company reported pretty good adjusted operating earnings of $123 million in the third quarter, or $0.24 per share. That's up from $0.20 per share in the third quarter of 2018. Revenues for the quarter totaled $2.02 billion, up from $1.95 billion in the prior-year quarter.

Operating income for the U.S. mortgage insurance segment was $137 million, up from $118 million in the third quarter of 2018. The long-term care insurance segment posted operating income of $21 million in the quarter, down from $24 million the previous year's quarter. But this should be an area of growth, as the company's multiyear rate action plan calls for premium increases. Genworth has already been approved for significant premium increases in many states, so that should help buoy earnings into 2020 and beyond. The company will continue to apply for additional premium increases going forward.

While Genworth has shown improved earnings growth, and is undervalued, the acquisition hangs over the company. At this point, the long delays in getting this deal done, complicated by the sale of Genworth Canada, have cast doubt for investors.

It's a company worth keeping an eye on, particularly for value investors, but it's probably wise to wait until there's more visibility on whether or not the deal finally goes through. If it does, it might be worth another look. If not, the uncertainty will persist.