The 2010s is a decade that investors in BP (NYSE:BP) would probably like to forget. It began with the Deepwater Horizon explosion that led to a massive oil spill in the Gulf of Mexico. Contrary to the fears of some, this accident did not destroy the company. However, it has led to enormous stock declines from which the company has yet to recover.

A new decade will also bring change to the company. Bernard Looney will soon take over as CEO, a move that could help BP move forward, a continuing struggle for the oil giant. The company has long since paid the liability and cleanup costs associated with the spill. Despite reaching this point, BP stock has failed to make any lasting stock price gains since the accident. The question for BP shareholders now hinges on whether investors should continue to treat the company as a dividend stock or prepare for the share price appreciation growth for which investors have waited years? 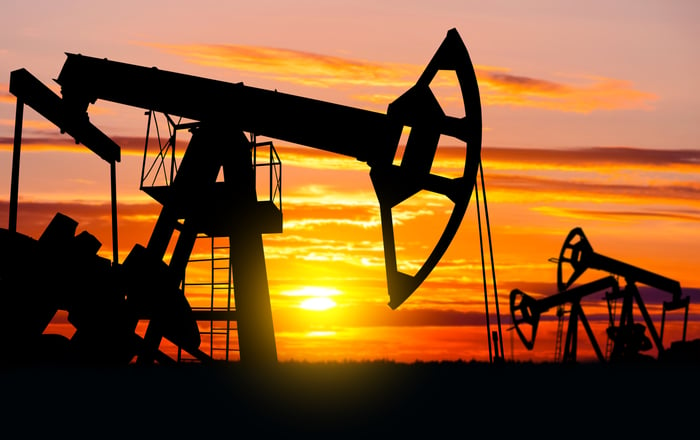 April 20, 2010, marked a turning point for BP stock. On that day, the Deepwater Horizon oil rig, situated about 40 miles off the coast of Louisiana, exploded. The accident killed 11 of the 126 crew members on the platform at that time. It also led to an uncontrolled, undersea oil discharge that would persist for 87 days. During this time, an estimated 4.9 million barrels of oil spilled into the Gulf of Mexico, depositing oil on beaches and wetlands stretching from Texas to Florida.

The oil spill led to the resignation of then-CEO Tony Hayward. It also would bring years of legal battles as well as tens of billions in fines, cleanup costs, and liability payments. BP reported $62.59 billion in charges in its income statements, though one study estimated the actual cost to BP at $144.89 billion.

The effects on BP stock

Investors should note that BP continued to drill offshore despite the oil spill costs. The company continues to maintain a significant presence in the Gulf of Mexico. In June, BP discovered one billion barrels at its Thunder Horse field in the Gulf. Investors should remember that it remains a diversified oil company, similar to other large oil companies such as ExxonMobil and Chevron.

The case for BP

Given the fact that BP stock has fallen slightly over the last ten years, one cannot blame people for wanting to avoid the former British Petroleum. However, almost ten years have passed since the accident. BP reported the last pre-tax charge to have "material impact" on the company's financial performance in 2016.

Furthermore, the financials of the company appear healthy. BP sells at a forward P/E ratio of 11.8, and analysts forecast earnings growth of 10.8% for the year. Its dividend payout has yet to recover the levels it saw before the spill. However, at $2.46 per share in annual payouts, the yield now stands at around 6.4%.

Today, BP stock deals with uncertainties more in line with that of its peers. The enormous output of the Permian Basin, along with discoveries, could limit price growth. However, about one-third of the world's oil supply transported by water passes through the Strait of Hormuz. A disruption at this chokepoint could send energy prices higher. Fortunately, for now, geopolitical tension in the Middle East has not led to a sustained increase in oil prices.

How to play BP stock

A long track record of stagnation and new leadership could bring growth back to BP stock. Despite these changes, investors should continue to look at BP primarily as an income play. The payout yield of almost 6.4% stands at more than three times that of the S&P 500 average dividend yield of a little over 2%. 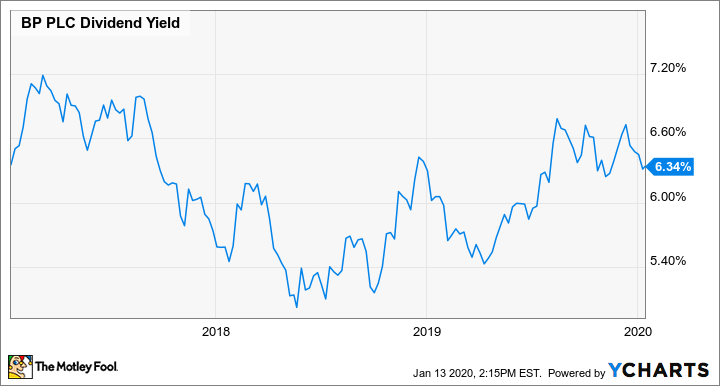 Still, market conditions and geopolitics offer an uncertain outlook for the direction of energy prices. The production increases within the U.S. have kept prices in check. This probably explains why its discovery in the Thunder Horse Field did not send the stock price higher. However, tensions have risen again recently in the Middle East. Significant disruptions in either drilling or shipping in that region could send oil prices, and by extension, BP stock higher.

Regardless of where oil prices go, BP shareholders should continue to benefit from the dividend. While Middle East tensions and new company leadership could finally resume stock price growth, investors should see such gains as an unexpected bonus, not a near certainty.