Just when athletic apparel company lululemon athletica's (NASDAQ:LULU) momentum was looking as if it couldn't get any better, it did. The company crushed it over the holidays, so much so that management said it now expects its fiscal fourth-quarter revenue and earnings per share to be significantly higher than the guidance range it laid out for the period when it reported fiscal third-quarter results in December.

Notably, the update management gave Monday for its fiscal Q4, which ends on Feb. 2, forecast more strong double-digit growth in comparable sales. Highlighting the company's strength, this comes on top of 16% comparable-sales growth in fiscal Q4 2018. 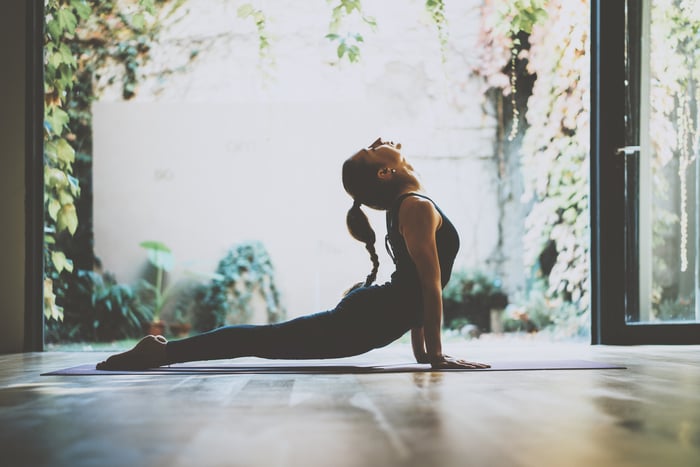 "We're excited by the momentum in our business over the holiday period with guests responding well to our innovative merchandise offerings," said Lululemon CEO Calvin McDonald in a press release on Monday.

Specifically, the company said it now expects revenue of $1.37 billion to $1.38 billion for the period, up from the previous guidance range of $1.315 billion to $1.330 billion. Management also said it now expects a comparable sales growth rate in the mid to high teen percentages on a constant-currency basis -- up from the prior expectation for a growth rate in the low double digits.

This optimistic update from management captures how well Lululemon has been executing recently.

Investors have responded favorably to Lululemon's strong growth throughout fiscal 2019, as well as to management's announcement about its strong holiday period. Including the stock's 4.4% pop on Monday, shares are up 85% over the past 12 months.