Procter & Gamble (NYSE:PG) might make most people think of toothbrushes and diapers, but for a while now, this consumer staples company has shown it can carve out a formidable spot in the tech world as well. At the start of 2020, in its second appearance at the CES annual technology trade show, the company took home five "Best of CES" awards for innovation.

But Procter & Gamble isn't turning its back on toothbrushes and diapers. Instead, it's making them high-tech. This emphasis on technology means Procter & Gamble isn't only a company that will interest investors looking for a steady dividend but those seeking the growth potential that often accompanies innovation. Thanks to this strategy, the consumer products giant is less vulnerable to agile start-ups, which makes it a bit like a start-up itself despite its size. 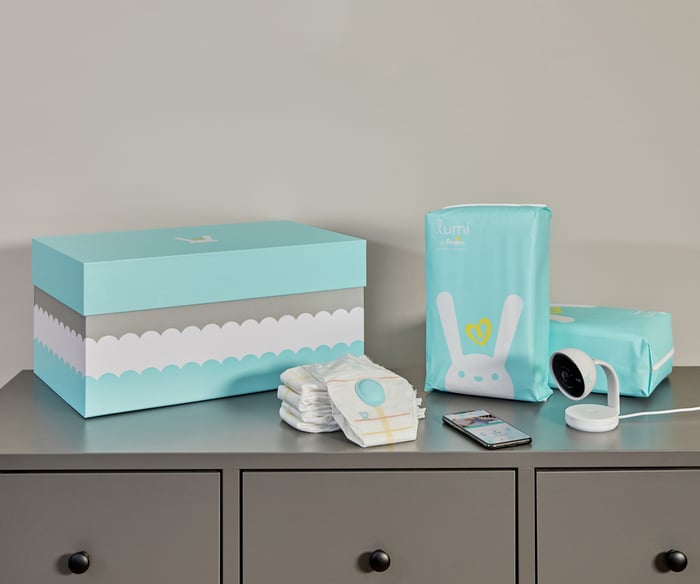 Status of a baby's diaper

What makes Procter & Gamble less like a technology start-up, though, is the fact that its innovation revolves around the basic consumer products mentioned above -- products most of us use daily. The company made headlines last year with the introduction of the Lumi by Pampers baby monitoring system, which the company showcased at CES last week.

This system goes way beyond traditional video cameras and sleep monitors: With Lumi, an activity sensor coupled with a video monitor track the status of a baby's diaper (wet or dry), sleeping patterns, and even room temperature and humidity. Through the system's app, parents get a thorough picture of their baby's comfort in real time, all of the time.

But perhaps Procter & Gamble's biggest CES star was its smart toothbrush, the Oral B iO. How many of us hear, "You're brushing too hard!" every time we go to the dentist? Well, that might become a thing of the past with this brush, which has pressure sensors, several cleaning modes, and frictionless magnetic drive, among other features. Through artificial intelligence and an app, the toothbrush provides guidance to optimize the user's brushing. The company plans to launch the product in August.

So how does a consumer staples company with a $310 billion market value operate like a start-up? Procter & Gamble isn't new to this game -- a lot is going on under the company's roof with individual teams working on only the most promising projects in the spirit of Silicon Valley. At an industry conference in December, the company's chief brand officer Marc Pritchard said outright, "And we decided that one way to compete with start-ups is to build our own. We now have many internal start-ups that are transforming how we innovate through lean innovation."

And the company reaches out beyond its own walls: Through the P&G Ventures arm, which the company calls its "start-up studio," the company meets with entrepreneurs and aims to take innovations that address consumers' unmet needs, outside of the company's existing product categories, from development to market.

According to Deloitte, the focus on disruptive technologies -- or ones that change the landscape in an industry -- is the way of the future for consumer product companies, boosting efficiency, profitability, and customer experience. Artificial intelligence, for example, is forecast to bring in more than $190 billion in revenue by 2025, with a compound annual growth rate of more than 36%, a Markets and Markets report showed.

In October, Procter & Gamble reported quarterly earnings and sales that surpassed analysts' estimates and said each product category grew organic sales. On the earnings call, Chief Financial Officer Jon Moeller said the company is operating more and more through "lean innovation," with the goal of bringing the most meaningful products to market quickly. Procter & Gamble also continues to grow through acquisitions, and just recently announced its plan to buy Billie, a subscription service that sells shaving and other bodycare products for women.

Procter & Gamble has raised its dividend annually for more than 60 years, and with an annualized dividend and yield of $2.98 per share and 2.4%, respectively, it still is a solid stock in terms of returning capital to shareholders. Though the stock trades at 25 times forward earnings, the company has shown it can deliver on the top and bottom line, outperforming analysts' estimates for the past five quarters.

But Procter & Gamble isn't the sort of stock an investor must buy or sell on one particular day, but instead, it's that steady player you want to have on your team pretty much all of the time. For Procter & Gamble, integrating technology into the organization assures its spot as an innovator in its field going forward, but it by no means turns the company into a daily mover and shaker on the stock market. And that's why investors should like it.