A bipartisan group of lawmakers introduced a bill in the U.S. House of Representatives on Monday that would give the Food and Drug Administration (FDA) flexibility to allow hemp-derived cannabidiol (CBD) to be sold as a dietary supplement, boosting shares of cannabis stocks such as Charlotte's Web Holdings (OTC:CWBHF), which was up 18% today on the news.

Peterson said in a press release, "This bill will allow FDA to regulate CBD that comes from hemp as a dietary supplement, providing a pathway forward for hemp-derived products." The bill would also require the Department of Agriculture to produce a report on the regulatory and market barriers faced by hemp farmers. 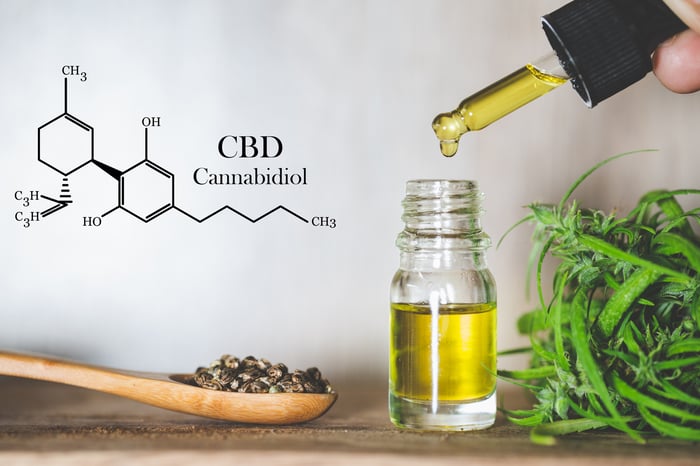 The FDA threw cold water on the CBD industry in November when it issued a warning to consumers and CBD producers saying that it was illegal to market CBD by labeling it as a dietary supplement. Although the agency cited "many unanswered questions" about the safety of CBD, the real issue was a provision of the FD&C that prohibits an active ingredient of an approved drug to be sold as a dietary supplement. Ironically, the FDA implicitly outlawed CBD as a supplement when it approved the CBD drug Epidiolex from GW Pharmaceuticals (NASDAQ:GWPH) as safe and effective.

Cannabis investors, and no doubt hemp farmers, were cheering the possibility that regulatory barriers for the CBD market could be removed by congressional action.