Shares of Novavax (NASDAQ:NVAX) were up more than 10% Wednesday after the company announced that the U.S. Food and Drug Administration (FDA) granted its next-generation flu vaccine candidate, NanoFlu, fast-track designation for use by adults 65 and over. The action by the regulatory agency enables more frequent meetings and written communication in order to speed important new drugs to market. 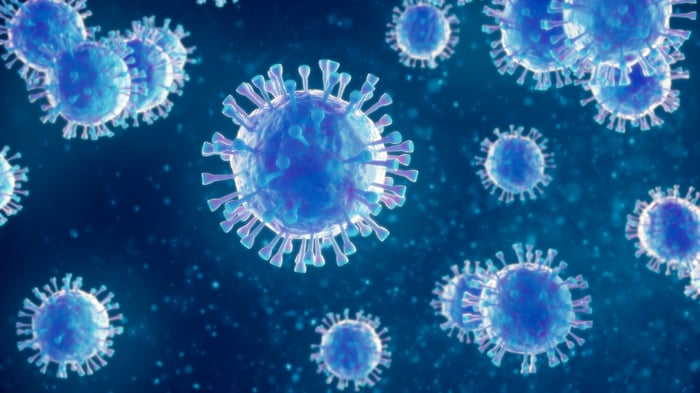 NanoFlu is a quadrivalent seasonal influenza that's based on Novavax's recombinant protein nanoparticle technology. Manufacturing traditional flu vaccines involves growing live flu virus in chicken eggs and then killing or weakening the virus, a 70-year-old process that inserts several months of delay between the identification of the virus strains and the availability of the vaccine for that season. Novavax's recombinant process involves neither live virus nor eggs, and a mid-stage trial showed the vaccine to be more effective than the best-selling flu vaccine in the older adult market.

Novavax stock was decimated a year ago, losing 69% of its value in one month after the company's vaccine for respiratory syncytial virus (RSV) failed a pivotal trial. The company hasn't given up on its RSV vaccine, but NanoFlu may be the product to get the stock back on track. Results from a phase 3 trial are expected by the end of this quarter, and could be adequate to support an application for approval.