Tandem Diabetes (NASDAQ:TNDM) today announced the commercial launch of the newest version of its flagship insulin pump in the U.S. market. The company's signature t:slim X2 insulin pump will also now come with Control-IQ technology, which is meant to help stabilize blood sugar levels via an automated insulin dosing system.

Insulin pumps are a type of insulin delivery device that simulate the way the pancreas works by delivering small doses of insulin throughout the body. Tandem's main product is its t:slim X2 pump, one of the top insulin pumps in the market right now, with sales having seen dramatic growth over the past couple of years. 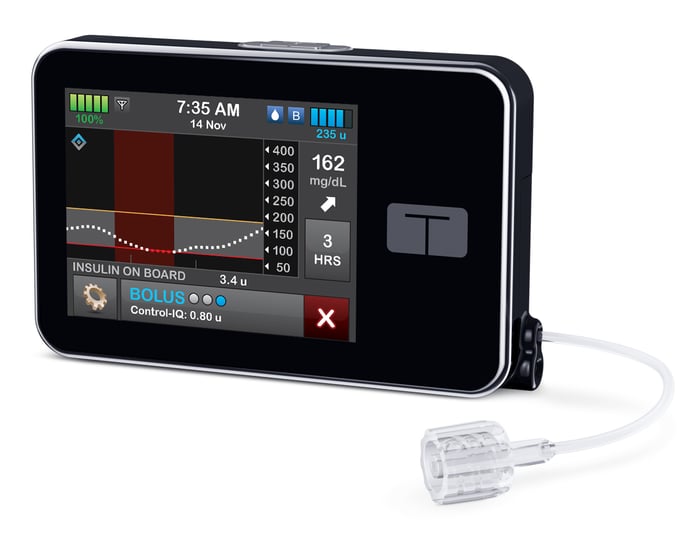 "Control-IQ technology has been described by study participants and investigators as 'life-changing,' 'easy to use,' and 'a new standard of care in insulin therapy management'," said Tandem CEO John Sheridan. This technology, which will be made available to existing t:slim users via a software update, is only compatible with one other insulin monitoring system out there, Dexcom's G6 continuous glucose monitoring tool (the G6, however, is not an insulin pump).

Potential competitors on the horizon

The Food and Drug Administration approved Tandem's Control-IQ platform back in December, and now that it's officially hitting the market, investors are excited to see how this will change Tandem's sales figures.

But there still are some serious biotech competitors that could pose a threat to Tandem's position in the market. The most notable is Insulet (NASDAQ:PODD), which is developing its own insulin pump, the Omnipod Horizon, that should be available sometime in late 2020. It's quite likely that Insulet's new pump will siphon off market share from Tandem.