Ever since Canada legalized marijuana for recreational purposes among adults on Oct. 17, 2018, the country's fledgling pot industry has lost a staggering amount of its value. The fundamental reason is that the black market remains the primary source of cannabis for the vast majority of Canadians. Underscoring this point, recent surveys have found that a jaw-dropping 71% of Canadians still buy their recreational cannabis from illicit sources, according to Statistics Canada. 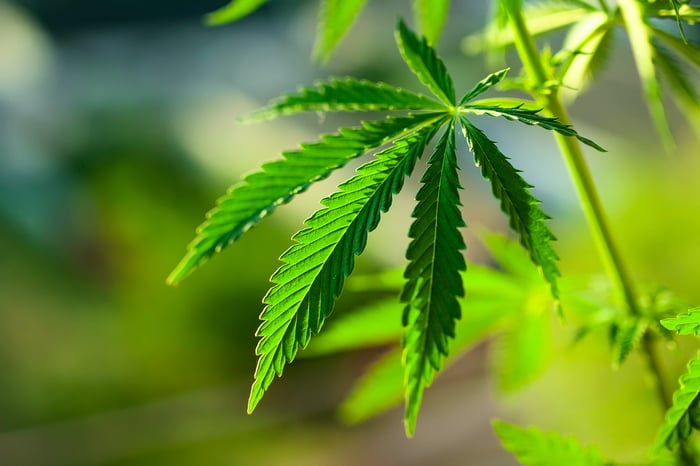 Thirdly, Canada's decision to delay the legalization of derivative products like edibles, cannabis-infused beverages, and vapes by a full year inadvertently gave black-market dealers a major competitive advantage over licensed producers. In effect, illicit dealers and shops have been able to offer customers a far wider range of cannabis-based products during the first full year of legalization.

The direct consequence of this slow conversion rate from the black to the white market is that nearly all licensed producers in Canada have badly missed on their projected earnings over the past 12 months. Investors, in turn, have soured on this group of equities in a big way and for good reason.

The lowdown is that the black market in Canada is widely expected to remain a tour de force for years to come -- despite the legalization of more cannabis-based product categories and the steady decline in the price of dried flowers for most nonpremium brands.

As a result, the next phase of the industry's painful maturation process is likely to be characterized by a wave of bankruptcies, dramatic downsizing (a phenomenon that's already occurring), and perhaps an avalanche of mergers. That's a rather tricky environment for prospective investors to navigate, to put it mildly.

Two names worth owning in 2020

Given the extremely harsh macro trends dominating the cannabis investing universe at the moment, investors will definitely want to place a premium on safety during this turbulent period. Truth be told, though, there are no safe harbors in this volatile space right now.

Two Canadian pot companies, however, do have a considerable advantage over the broader field due to their close ties with Fortune 500 megatitans. Those companies are Canopy Growth (NASDAQ:CGC) and Cronos Group (NASDAQ:CRON).

Over the course of 2017 and 2018, Constellation Brands (NYSE:STZ), a top-tier alcoholic beverage company, took a 37% stake in Canopy Growth. Canopy Growth, in turn, now sports one of the strongest balance sheets in the space as a direct result of this tie-up.

At the end of the most recent quarter, for example, the company reported a whopping $2.07 billion in cash, cash equivalents, and marketable securities at current exchange rates. So, even though Canopy has been losing money hand over fist of late, it should have enough of a financial cushion to wait out these industrywide growing pains.

In a similar manner, tobacco giant Altria (NYSE:MO) gobbled up a 45% stake in Cronos group at the tail end of 2018 through a deal valued at $1.8 billion. Although Altria probably won't get much in the way of a return on this hefty investment anytime soon, Cronos is sitting pretty from a financial standpoint.

The company, in fact, exited the most recent quarter with approximately $1.53 billion in cash and short-term investments. That amount should allow Cronos to continue to play the long game, as the legal marijuana space slowly but surely matures.

The legal marijuana industry will undoubtedly remain a highly volatile area for a long time to come. Nonetheless, this extreme level of volatility shouldn't necessarily scare off patient investors. Canopy Growth and Cronos, after all, both have the financial capacity to outlast nearly all of their competitors and to eventually go on to be key players in the era of big weed. So, if you're on the hunt for a pot investing vehicle to buy and hold for the long term, Canopy Growth and Cronos should both be at the top of your list right now.