If approved, Valrox could become the most expensive drug in the world.

Speaking at an interview at the J.P Morgan Healthcare Conference that's going on right now, BioMarin Pharmaceutical's (BMRN -0.62%) CEO Jean-Jacques Bienaimé went on to say that the company was considering a hefty $2 million to $3 million dollar price tag for its hemophilia treatment, Valrox.

If approved, the drug would be the first gene therapy in the U.S. that targets inherited hemophilia, one of the most common types of hemophilia out there. Clinical results have shown significant improvements in patients, with the number of bleeding incidents dropping to zero for years after receiving a Valrox injection. 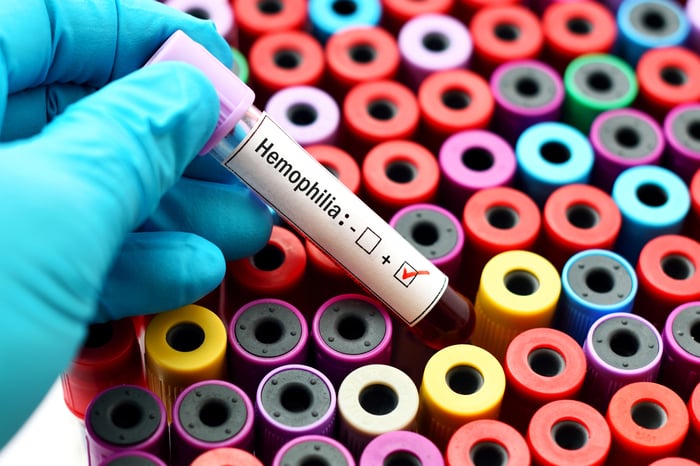 Back in December, the Food and Drug Administration (FDA) received an application for Valrox from BioMarin. Although the pharmaceutical company doesn't know exactly when the FDA will come to a decision, the earliest management expects to find out would be in August.

If approved, Valrox would become the most expensive drug in the world. Gene therapies tend to be quite expensive, with Novartis' Zolgensma, a treatment for spinal muscular atrophy, costing $2.1 million. Although BioMarin's CEO said that payers in the U.S. seem to be comfortable around the $2 million to $3 million price point based on other similar drugs, the company will also be open to alternative payment structures as well.

Hemophilia, a condition where a patient's blood fails to clot and can't stop bleeding, is one of the more expensive conditions to treat. Current medications to treat the disease cost on average $270,000 annually per patient. While Valrox's price tag seems steep, the idea is that it will save medical costs in the long run.