This could be the start of a major trend in the cannabis industry.

Not every employee will be affected by this vote since the approximately 30 cultivation workers at the plant are covered by pre-existing federal labor laws for farmworkers. Non-cultivation personnel, however, don't have the same labor laws in place to protect them. 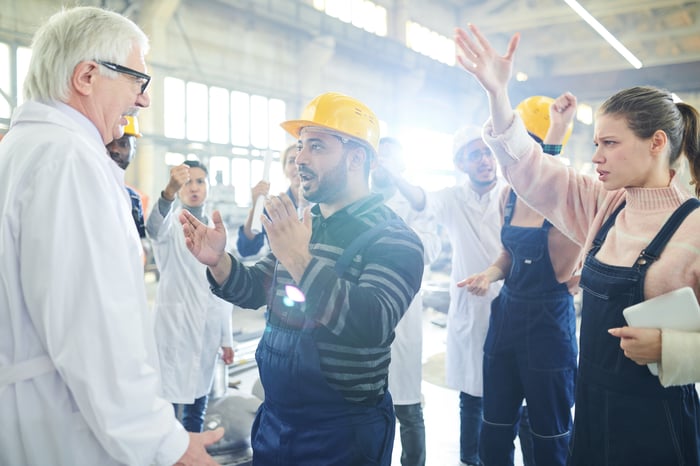 The union representing these workers is the United Food & Commercial Workers (UFCW) Local 881, which is known to primarily represent workers in the grocery industry. The UFCW already represents 10,000 workers in the cannabis industry across the country, a figure that's likely to grow significantly in the upcoming years.

Other cannabis facilities in the state have been moving toward unionization as well. A cultivation plant in Rock Island, Illinois, has had ongoing union issues with Green Thumb Industries (GTBIF 3.52%). In October, the company refused to recognize the union group attempting to represent workers at the facility. When a vote to unionize took place last month, it narrowly lost.

Major politicians are also getting involved in the unionization of marijuana workers. Sen. Bernie Sanders specifically mentioned the Cresco Labs workers in a tweet on Jan. 13, encouraging them while vowing to help double union membership across the country should he get elected as president. Other public figures who have voiced their support include U.S. Congressmembers Bill Foster and Robin Kelly.