Please ensure Javascript is enabled for purposes of website accessibility
Log In Help Join The Motley Fool
Free Article Join Over 1 Million Premium Members And Get More In-Depth Stock Guidance and Research
By Eric Volkman - Updated Jan 17, 2020 at 7:53AM

A company that improves smiles made investors smile, as did a white-shoe investment bank.

In what's hardly a surprise these days, the stock market set yet another series of records on Thursday. This is becoming routine.

For instance, the S&P 500 rose above the 3,300 mark for the first time, buoyed by news that the current trade war with China just might be winding down. Many top stocks saw price rises, but these two are particularly noteworthy. Here's a brief look at them. 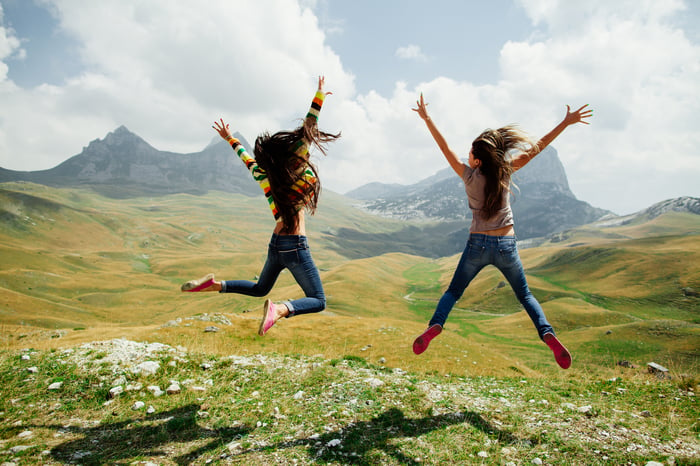 Who's afraid of a little competition?

Obviously not investors in Align Technology (ALGN 4.51%), who bid their company's stock up by almost 4% following Wednesday's news that former partner SmileDirectClub (SDC 3.85%) was muscling in on its turf.

Until recently, the two providers of teeth aligners had distinct businesses. SmileDirectClub was strictly consumer-facing, reselling Align's wares to customers like you or me (as opposed to the wholesale market: orthodontists and dentists). This was mandated by an exclusive supply agreement between the two companies that expired last Dec. 31.

Investors were obviously happy that the scrappy upstart is going after the wholesale business; SmileDirectClub's stock rose a beefy 17% Wednesday on the news. It's interesting that the following day, it was Align's turn to increase, albeit at a more modest rate (SmileDirectClub, meanwhile, slumped by 3% on Thursday).

This stands to reason, though. Align is the incumbent, after all, and SmileDirectClub (as effective as it's been at times in the consumer sphere) hasn't yet proved it can make a serious dent in wholesale. Also, of the two, Align is the more established and profitable company, not to mention significantly larger in scale.

It's the early days, however, so maybe it's best to see how this battle starts to shape up before picking one aligner stock or the other.

Why the exception? It's quite simple: earnings. Morgan Stanley reported its final quarter of 2019, and the results were well better than expected. For the period, its net revenue was a shade under $10.9 billion, a juicy 27% higher year over year. GAAP net income saw a sharper rise of 46% to over $2.2 billion, or $1.30 per share.

Both numbers were far above the average analyst expectations of $9.8 billion in revenue, and around $1.02 for per-share net profit.

This is supported by the long-tail growth of the American economy, and a widening pool of money directed into areas such as securities trading and wealth management, both Morgan Stanley specialties.

On top of the encouraging results, the bank set ambitious targets for itself: It's aiming for a 15% to 17% return on tangible common equity after two years. Prior to that, this should land in the 13% to 15% range (it was just over 13% for the entirety of fiscal 2019, which set new financial records for the company).

Morgan Stanley is a smart, reliable moneymaker operating in finance industry segments that are bouncing very nicely on top of the ever-improving economy. It's also diversified enough to withstand the shock of a downturn, I believe. So the stock still feels like a buy, even after Thursday's price pop.