Please ensure Javascript is enabled for purposes of website accessibility
Log In Help Join The Motley Fool
Free Article Join Over 1 Million Premium Members And Get More In-Depth Stock Guidance and Research
By Evan Niu, CFA - Jan 17, 2020 at 8:00AM

The Mac maker scooped up Xnor.ai for its low-power on-device AI processing tech.

It's been about a month since the last Apple (AAPL 2.45%) acquisition that investors have caught wind of (Spectral Edge, to bolster the company's computational photography). CEO Tim Cook confirmed last year that the tech titan tends to buy smaller companies every two to three weeks. Apple's latest acquisition is all about low-power edge-based artificial intelligence (AI). 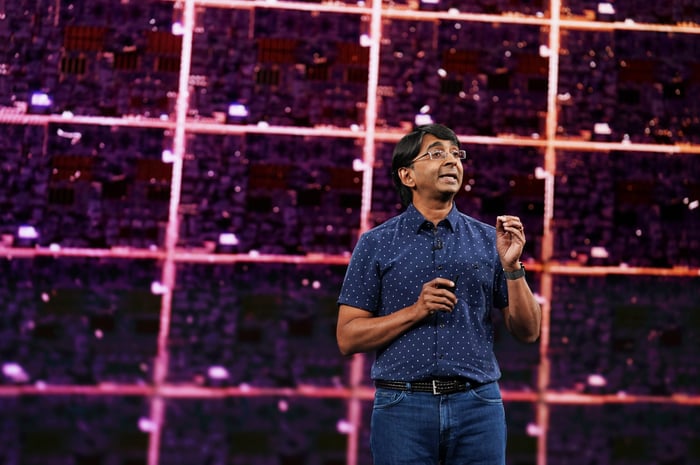 GeekWire reports that Apple has scooped up Xnor.ai, a Seattle-based start-up that specializes in on-device AI. Xnor.ai was previously spun out of Microsoft co-founder Paul Allen's AI incubator, the Allen Institute for AI (AI2), back in 2017. The company provides tools through a self-service platform that allow other developers to incorporate AI into their apps.

Apple paid an estimated $200 million for Xnor.ai, according to the report. Apple had previously acquired another Seattle-based AI start-up, Turi, back in 2016, also for around $200 million.

Xnor.ai's main differentiator is that its technology keeps all of the AI processing on the local device as opposed to relying on data centers in the cloud. Apple prefers to store as much data locally as possible in order to improve privacy protections.

Apple's A-series of chips include a neural engine that handles most of the machine learning and AI locally on iPhones, with the latest A13 Bionic chip boasting significant machine-learning performance improvements thanks to its eight-core neural engine. Sensitive biometric data used for Face ID or Touch ID is also stored locally in what Apple calls a Secure Enclave.

At the same time, low-power computing is critical to improving battery life. The start-up showed off an AI chip last year that used so little energy, it could run off solar power.

In recent years, Apple has been aggressively expanding in Seattle. The company said last summer that the Emerald City would "become a key engineering hub" that would employ 2,000 workers within the next few years. The Mac maker's office is right around the corner from Amazon's headquarters, and Apple is undoubtedly poaching talent from its rival.

Xnor.ai's tech was incorporated into Wyze's smart home security cameras last summer, enabling people detection on the affordable -- the entry-level Wyze Cam V2 costs just $20 -- devices that was all processed locally. Just a few months after that feature was added, Wyze said in November that the people detection capability would be removed in January 2020 after Xnor.ai terminated its contract.

Wyze is internally developing a comparable feature, although it may use the cloud instead of on-device processing. The timing of all of that probably isn't a coincidence. It's entirely possible that Apple bought Xnor.ai a couple months ago and investors are just now finding out.