Please ensure Javascript is enabled for purposes of website accessibility
Log In Help Join The Motley Fool
Free Article Join Over 1 Million Premium Members And Get More In-Depth Stock Guidance and Research
By Pearl Wang - Jan 17, 2020 at 8:56AM

The retailer's newest private label athleisure line has the potential to become one of its biggest brands.

Target's (TGT 1.26%) successful private label brands have been a key driver of its growth over the last several years. The company's proprietary brands like GoodFellow, Pillowfort, and Cat and Jack have boosted sales growth and increased consumer traffic into stores. These popular goods that can't be found at other retailers have helped differentiate the eighth-largest retailer in the US. Shares of the company are up nearly 72% over the last 52 weeks, as investors are pleased with its ongoing sales growth.

Now Target is expanding into activewear, with new private label fitness brand All in Motion, which could generate $1 billion in revenues this year. 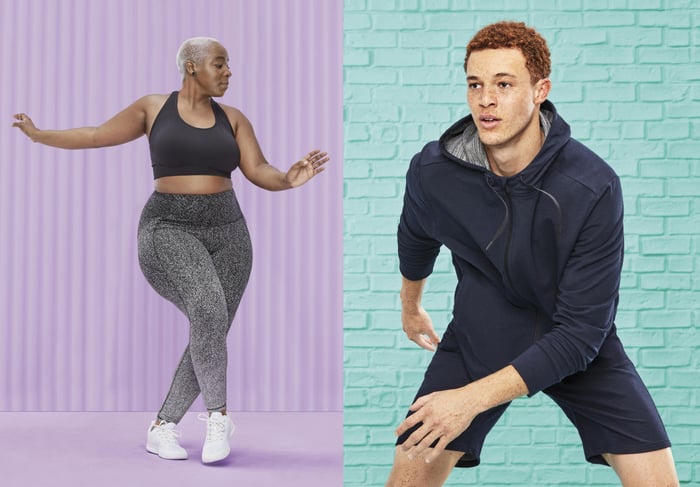 How Target's new line will win

Target will debut its new activewear line All in Motion on January 17, 2020, just in time for New Year's health and fitness resolutions. This line will follow Target's successful formula that's helped it become a leader in children's clothing, home decor, and women's fashion brands. Its in-house products have developed a reputation for quality, durability, and affordability. The new brand offerings will range from $3.99 to $69.99, but most items will be priced under $40.

This store-owned apparel line will launch in all Target locations and will likely become one of its biggest brands. Target executives believe the brand can reach $1 billion in sales in the first year. The company has had previous success with rapidly growing new brands. Cat and Jack, its popular kids' clothing line, hit the $2 billion mark in sales just one year after the launch.

Jill Sando, Target SVP, said of the launch: "After listening to and sweating alongside more than 15,000 men, women and kids across the country, one thing became abundantly clear to us: Guests are seeking quality activewear and sporting goods that they trust will perform -- at an affordable price."

All in Motion will compete with the likes of Lululemon, Nike, Sweaty Betty, and Gap's Athleta and Old Navy, and could take some market-share. Furthermore, the sportswear market in the U.S. is booming, with a current value of about $62 billion. Research group Statista sees this expanding to $100 billion in 2025, with 60% from footwear and 40% from apparel.

The retailer's new line of activewear will cater to men, women, and children of all sizes, from XS to 4X. Target stated that its new line was created with a "commitment to quality ... and sustainability" at affordable prices. The inclusion of larger-sized pieces will help boost demand for the line. The women's plus-size apparel category is growing much faster than the overall U.S. apparel market, at about 6% year over year, according to NPD Group. By comparison, Lululemon's popular yoga pants are available up to size 14, or XL.

Consumers increasingly value companies that promote inclusivity. Companies like Victoria's Secret, which have been slow to cater to consumer preferences for diversity and inclusivity, have seen their sales drop. Meanwhile, American Eagle's Aerie and companies like ThirdLove have gained share by offering a larger range of sizes, while promoting body positivity.

For the popular retailer known for its one-stop shopping, this newly expanded activewear line will be another draw for customers who look to Target for affordable, design-forward, and quality offerings that are not available anywhere else.