Advertising spending is expected to grow this year thanks to the U.S. presidential election and Summer Olympics, which should bode well for the likes of Facebook, Twitter, and Google.

Internet stocks are off to a strong start, after ending 2019 on a high note thanks to increased advertising revenue and user growth.

Internet stock values have been marching higher since the start of 2020. The World Advertising and Research Center predicts that ad spending will increase 6% in 2020 to $656 billion, with nearly half of the money going to internet ads. The U.S. presidential election and the Summer Olympics are expected to be big drivers of the growth in advertising spending.

This uptick will benefit a handful of internet companies disproportionately, including the usual suspects Facebook (FB 1.83%), Twitter (TWTR 1.65%), and Alphabet's (GOOG 4.16%) (GOOGL 4.20%) Google. But that's not the only reason all three are no-brainer stocks to buy in 2020. 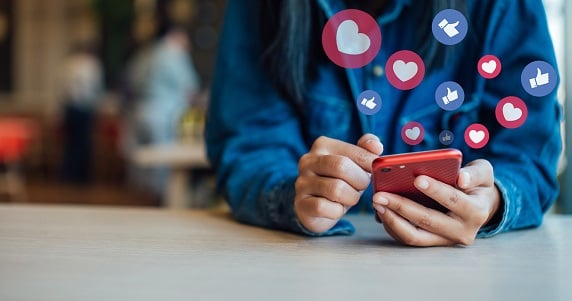 Facebook was in hot water for all of 2019, as it faced backlash for refusing to fact-check political ads on its platform. Despite calls to break up the social media giant, its shares have surged.

Even a $5 billion fine levied by the Federal Trade Commission couldn't shake confidence in Facebook. The reason: advertising spending and user growth.

During 2019, Facebook was able to grow subscribers by 8% and reported a 29% revenue increase. With the 2020 presidential election just around the corner, Wall Street expects Facebook to see a bigger surge in ad dollars -- so much so that Canaccord Genuity thinks political ad spending will enable the social media giant to beat Wall Street earnings estimates for 2020. Growth in advertising spending is also projected to come from small businesses that use the platform to reach new audiences. Facebook's use of artificial intelligence to target specific markets for small businesses is expected to drive ad sales even further in 2020.

Another growth story for Facebook is Stories, its feed that enables users to add filters and effects to tell a visual story. That feature, which is found on both Facebook and Instagram, has resonated with users, but advertisers haven't fully exploited it yet. That could change in 2020, since according to Canaccord, only 3 million of Facebook's 7 million advertisers have used the format to reach users. If ad sales from Stories surprises, that could boost Facebook stock even further. The median price target on the stock is $239, implying 8% growth this year.

Investors in Twitter may have a lot to be angry about -- it's shunning all political ads -- but that doesn't mean the stock isn't poised for more growth. While shares may take a hit when Twitter reports fourth-quarter earnings in February, afterward it should be smooth sailing for the microblogging company.

Like rival Facebook, Twitter's expected to be a big beneficiary of an increase in ad spending during 2020, even if it's not accepting political ads. Both the Summer Olympics in Tokyo and a shift toward video ads present an opportunity for Twitter. It's one of the reasons Bank of America has a buy rating and a $39 price target on the stock. The Wall Street firm points to the launch earlier this month of Twitter's Promoted Trend Spotlight ad feature as a driver of advertising revenue. The feature enables brands willing to pay a premium to run ads on the top section of Twitter's Explore tab.

Google is a value play in tech

Google's shares gained in 2019, but the company didn't have a breakout year as some of the other tech giants did. Yet that underperformance will play in its favor this year as investors seek value in tech. Google's valuation isn't the only reason to like the stock in 2020. It, too, will benefit from the uptick in advertising sales. Google's cloud computing business is likely to drive growth. Google also has a consumer-facing business that churns out hardware devices and services, as well as its self-driving-vehicle ambitions, not to mention its focus on artificial intelligence. Put that all together, and things are looking good for Google and parent Alphabet.

Then there's Google's balance sheet. Google ended the year with $121 billion in cash and cash equivalents, with only $4 billion in debt. That will give the company spending flexibility. One prediction, which sent shares higher earlier in January, came via Pivotal Research Group, which said Google could use the cash to buy back more shares or institute a dividend for the first time. That may not happen, but 2020 is still looking good for the internet search giant.