Please ensure Javascript is enabled for purposes of website accessibility
Log In Help Join The Motley Fool
Free Article Join Over 1 Million Premium Members And Get More In-Depth Stock Guidance and Research
By Royston Yang - Updated Jan 19, 2020 at 2:37AM

Is the personal care company on track to deliver what it promised?

Kimberly-Clark (KMB -2.61%) has been involved in the manufacture and marketing of a wide range of personal care products for the past 148 years. The company has a long track record of delivering quality products and, according to the company, holds No. 1 or 2 brand share in 80 countries, with iconic brands such as Huggies, Cottonelle, Kleenex, and Scott.

The company has a long track record of stellar brand recognition. Yet, of late, sales growth has been lackluster for the company, with flat year-over-year sales performance for 2017 and less than a 1% year-over-year improvement for 2018. Costs have been rising relentlessly, however, with gross margin declining from 36.6% in 2016 to a low of 30.3% in 2018.  The company is scheduled to report its 2019 numbers on Jan. 23.

Kimberly-Clark delivered a share price return of close to 2.5 times in the past 10 years, while rival Procter & Gamble only managed to double its share price, making Kimberly-Clark the better choice for a consumer staples stock over that time frame. However, P&G managed to report a 7% year-over-year sales growth in its recent Q1 2020 report. Growing sales have been elusive for Kimberly-Clark, even as it embarks on a global restructuring program and a new strategic plan.

Kimberly-Clark needs to spend money where it matters to deliver quality products with desirable features after intensive research and development. Though the company has committed to spending more, the details of this spending have not been clearly communicated to investors, leaving me unclear on how the company plans to rekindle sales growth. 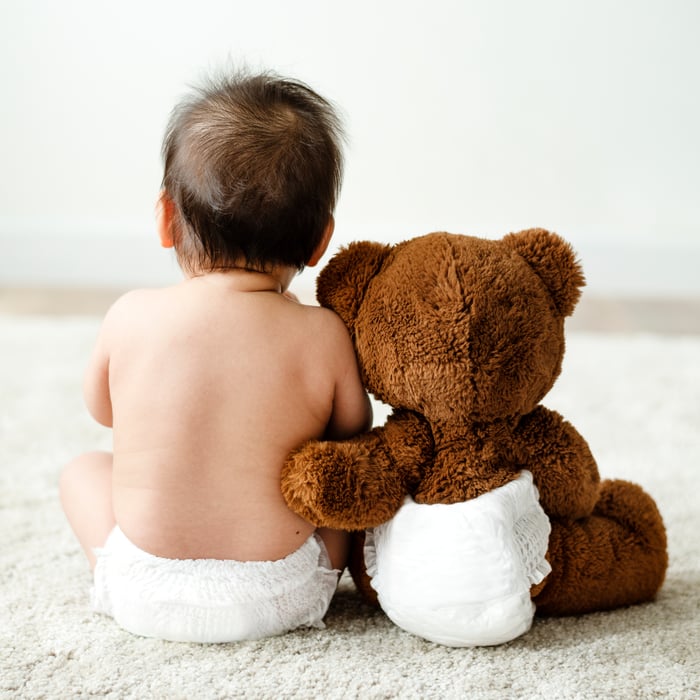 In early 2018, Kimberly-Clark released a Global Restructuring Program (GRP) that, in a nutshell, was supposed to reduce costs and put that money into marketing and research and development for its core product portfolio. The supply chain would be simplified and 10 manufacturing facilities would be closed or sold as part of a program to exit or divest low-margin businesses.

The idea was to alter the company's cost base to make it permanently lower, while also exiting unprofitable businesses that were sucking up time, resources, and cash. This would complement the company's existing FORCE (focused on reducing costs everywhere) initiative in delivering sustainable cost savings. Total expenditure of around $1.5 billion to $1.7 billion was estimated at the time, along with around $600 million to $700 million of additional capital expenditure for brand-building purposes. By the end of Q3 2019, restructuring charges of around $1.25 billion had been incurred, but the program had also generated cumulative savings for $260 million for the company.

In early 2019, Kimberly-Clark announced its Strategic Plan 2022 -- the year the company will celebrate its 150-year anniversary. The key pillars of this plan include growing sales in line with, or ahead of, category growth rates, as well as driving supply chain improvements through FORCE to further control spending. Sales growth initiatives include focusing more on core brands and products, targeting developing and emerging markets, and leveraging digital marketing and e-commerce.

The company plans to spend around 4% to 5% of net sales on capital expenditures while returning the rest to shareholders through dividends and share buybacks. The stock's current dividend yield stands at around 2.9%.

How's it going so far?

GRP 2018 has delivered some positive results thus far. Gross margin for the first nine months of 2019 has improved to 32.2% (lower commodity prices played a role in this), while marketing, research, and general expenses have declined by 8% year over year.

However, in terms of the progress toward Strategic Plan 2022, the company has not registered any growth in its top line for the first nine months of 2019. In the personal care segment (its largest segment), third-quarter sales jumped 2% thanks to increased prices and volume. In the consumer tissue segment, the company's next largest segment, sales rose 1% as prices increased and volume declined. There was a negative currency impact on both segments.

It appears growth may not come easily for Kimberly-Clark, even though it has embarked on strategic initiatives and launched a three-year plan. While the GRP 2018 has indeed trimmed expenses and excess fat, reducing expenses can only do so much for a company. There comes a point where expenses may already be reduced to the bone, leaving the company with no other options for net income growth other than to boost sales.

Trading at a price-to-earnings ratio around 24, the shares seem to be pricing in sales growth that has not come through yet. The company needs to shed its overemphasis on cost reduction and, instead, start to refocus on growing sales volumes with superior products.