Investors shouldn't forget that the world of biotech extends beyond biopharmaceuticals.

The word "biotech" often gets used interchangeably with "biopharma," but it's not quite correct to equate the two. Biopharmaceuticals are just one part of the broader sector, which also includes agricultural biotech, industrial biotech, and several other subsectors. It's an important distinction for investors to make if they want to clearly see all the available opportunities.

Take gene editing as a perfect example. The technology is often associated with CRISPR-based tools for human therapeutic applications, but CRISPR isn't the only gene-editing technology out there (it's probably not the best, either), and gene-editing tools can be used in various biotech applications.

Precision BioSciences (DTIL -6.55%) and Cellectis (CLLS -1.90%) are two pioneering gene-editing companies that don't use CRISPR and are making bold bets in agricultural biotech. It's an opportunity that doesn't seem to factor into the valuations of the pharma stocks today, but that could require attention in the near future. 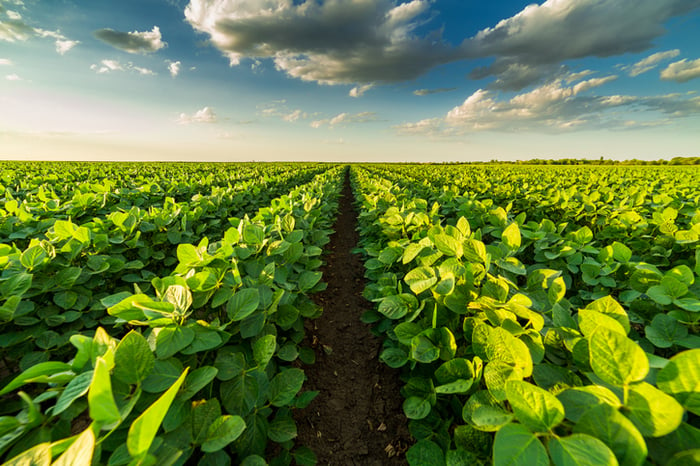 Public perception of agricultural biotech has suffered from its association with Monsanto. The company developed genetic traits for row crops in part to help it sell Roundup, its patented brand of the herbicide glyphosate, which the plants were engineered to tolerate. Other commonly used traits allow row crops to produce sufficient levels of their own insecticides, which many plants do without human help. (Caffeine and nicotine, for example, are insecticides.)

While at least 90% of all cotton, soybeans, and corn grown in the U.S. contain at least one inserted genetic trait, a significant number of consumers don't recognize how their lives are made better by genetically engineering the food they and their families consume.

That's not entirely surprising, considering the mechanics of human risk perception and the simple fact that farmers have historically been the intended customers of agricultural biotech products. How might that change when consumers -- you and I -- are the direct beneficiaries of new biotechnology tools and products?

Investors may already have an answer. Impossible Foods has jumped to a multibillion-dollar valuation thanks to the popularity of its animal-free protein products. While soybeans are the source of nutritional protein in the company's products, heme is the ingredient that allows the products to "bleed" and have the texture of animal-based meat. The company's heme is manufactured from genetically engineered yeast through industrial fermentation and then added as an ingredient during product formulation.

That association with genetic engineering and GMOs has done little to dent the company's positive reputation with consumers, probably because they directly benefit from the use of the technology. That bodes well for the agricultural biotech pipelines of Precision BioSciences and Cellectis. 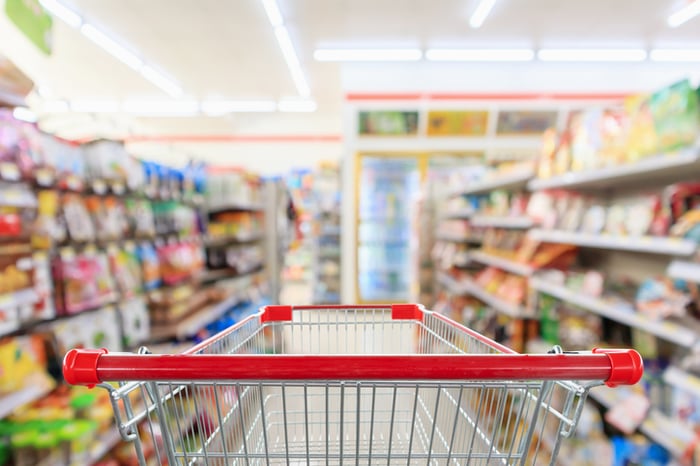 Though they are better known for their drug pipelines, both Precision BioSciences and Cellectis are also developing agricultural crops using their respective gene-editing platforms.

Their ability to expand beyond healthcare applications is a unique advantage provided by the fact that they don't use CRISPR-based tools. The intellectual property for first-generation CRISPR tools in agriculture and industrial applications is tightly controlled, primarily by research institutions and a company called Caribou Biosciences, which has left CRISPR Therapeutics, Editas Medicine, and Intellia Therapeutics to focus solely on healthcare.

Precision BioSciences is applying its ARCUS gene-editing platform to agricultural applications through its wholly owned subsidiary, Elo Life Systems. Meanwhile, Cellectis has granted an exclusive license to Calyxt (CLXT 7.50%) -- which it holds a 69.1% stake in -- to use its TALEN gene-editing platform in plants.

Both agricultural biotech companies are still in their infancy, although Calyxt commercialized its first product in early 2019. There's a long road ahead. Products must progress through discovery studies, greenhouse pilot programs, and field trials to collect enough data for the companies to submit marketing applications to the Department of Agriculture and the U.S. Food and Drug Administration. But the potential could make the wait well worth it for investors.

Precision BioSciences is targeting a trifecta of trendy applications, in addition to several fragrance ingredients not listed in the table. The candidate with the most potential to turn heads on Wall Street is the high-protein chickpea. While Beyond Meat currently uses peas as the nutritional protein source for its animal-free products, chickpeas are potentially a better source and are easier to grow. Elo Life Systems must first improve the protein content and make a more taste-neutral chickpea, but it could become a blockbuster agricultural product for plant-based protein applications.

Calyxt has taken a more traditional path initially, but that has also shortened the time to market for its products. The company launched its Calyno high-oleic soybean oil (oleic oil is a type of fatty acid) in the first quarter of 2019. It generated only $3.5 million in revenue in the first nine months of 2019 and sported a negative gross margin in that span, but that's to be expected during the ramp-up phase of a new food ingredient. Encouragingly, roughly 83% of sales were generated in the third quarter, suggesting the product is on a promising trajectory.

It's important to note that regulatory bodies don't classify as GMOs those plants engineered with more precise gene-editing tools, such as CRISPR, ARCUS, and TALEN. That's because "GMO" is a legal term, not a scientific one, and laws regulating biotechnologies never keep up with the fast pace of innovation.

That allows Calyxt to market its Calyno high-oleic soybean oil as non-GMO. Whether or not consumers or third-party organizations such as the popular Non-GMO Verified Project will accept that loophole remains to be seen, but if consumers recognize how they benefit from the results, then labels might not matter much.

Precision BioSciences and Cellectis both serve as great reminders to investors that the potential of gene editing and biotechnology more broadly extends beyond the clinic. That said, investors should not dismiss the uncertainty facing gene-editing applications in agricultural biotech.

Only a handful of massive companies have successfully commercialized agricultural biotech products in the past. Will the latest biotech tools reduce or remove the barriers to entry? It's possible. After all, these gene-editing tools are significantly less costly and more efficient than the genetic-engineering tools available even 10 years ago, and a new focus on consumer markets figures to open up higher-margin opportunities.

For now, investors might want to watch the ramp-up of Calyno in 2020 and be alert for any potential partnerships stemming from Elo Life Systems' pipeline. If its high-protein chickpea candidate lands a deep-pocketed partner, then the opportunity in agricultural biotech could explode onto the market's radar.

Why Cellectis Stock Rose 20.7% This Week