These companies pay big dividends and look poised to lead the charge in 5G.

No sector is more integral to the global economy than technology, and it remains the single best starting place for investors seeking big returns. If you're surveying technology trends that are likely to have a big impact across industries this decade, most industry watchers would have 5G near the top of the list.

This next leap forward in network technology will bring about upload and download speeds that are dramatically faster than those offered by current wireless networks. This will usher in major advances in fields, including robotics, self-driving cars, and augmented reality, among many others. Investors looking for high-yield tech stocks that have significant exposure to 5G should consider Verizon (VZ 0.88%), Broadcom (AVGO -0.55%), and China Mobile (CHL) 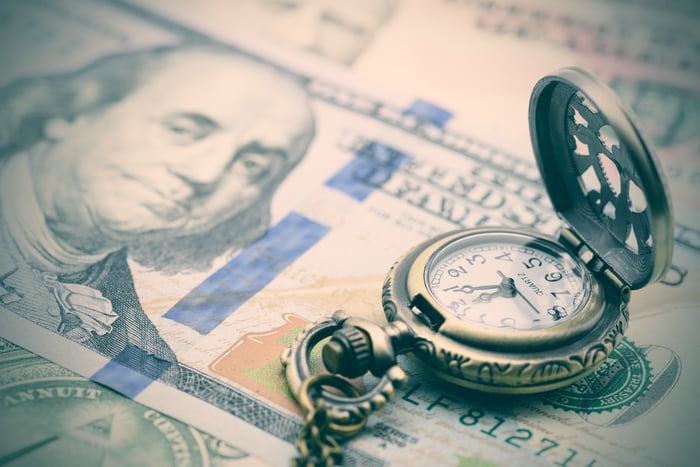 Most of the company's revenue comes from subscription packages, which makes its revenue both relatively predictable and resilient amid potential economic shake-ups. The business should benefit as internet communications become increasingly central to everyday life. Its massive subscriber base helped it generate $16.6 billion in free cash flow (FCF) over the trailing 12-month period, and the cost of covering its forward dividend distribution comes in at roughly 60% of that figure. That's a safe payout ratio that will allow the company to continue delivering slow but steady dividend growth while also investing in the future of the business.

Building out Verizon's 5G network will be cost-intensive in the near term, and it won't happen overnight. But the transition should pave the way for more pronounced sales and earnings growth by helping Verizon better distinguish its mobile wireless offerings from budget-priced competitors and extend its high-speed home internet into new markets.

Broadcom is a semiconductor company that designs and manufactures communications-focused chips. The company makes chips for broadband modems and network infrastructure, and supplies wireless and radio-frequency chips for smartphones from companies like Apple and Samsung. Broadcom has also used acquisitions to make a push into infrastructure (with CA Technologies) and security software (with Symantec).

Broadcom's shares trade at roughly 13 times forward earnings and sport a dividend yield of 4.2% as of this writing. What's more, the company has been delivering rapid payout growth. It announced its most recent hike -- an impressive 22.6% -- in December, and the chipmaker has boosted its dividend by over 800% over the last five years. The company now has nine consecutive years of payout growth.

2020 is the year that 5G handsets start to hit the market in significant numbers, which bodes well for Broadcom. It should also see a long-term tailwind from data-center chips. It has a healthy balance sheet to fund additional acquisitions if it chooses to go in that direction. And the potential for more big payout increases and stock buybacks looks even better when considering that the cost of covering its current dividend comes in at around 40% of the company's trailing free cash flows.

China Mobile is another telecommunications company that looks primed to benefit from the 5G roll-out and pays a big dividend. The stock yields roughly 4.6% at current levels and trades at roughly 11 times forward earnings estimates.

The company is the biggest mobile provider in the Chinese market by far, with nearly 950 million subscribers as of Nov. 30 and over 750 million customers on its 4G network. With a total population of 1.4 billion people, China will almost certainly wind up as the world's biggest 5G market.

It's also leading the world in terms of rate of adoption for the next-gen network technology. According to a report by the country's Ministry of Industry and Information Technology, China Mobile has already activated 5G service for 3.8 million devices, and the company recently raised its expected number of 5G subscribers at the end of 2020 from 70 million to 100 million.

While Verizon, AT&T, and other companies in the U.S. will have to battle it out for market leadership, China Mobile has the benefit of being backed by the Chinese government. That comes with certain risks for investors, since the government can exert substantial influence on the company's direction, but it's a virtual certainty that China Mobile will be the country's biggest 5G provider. Combined with the company's big dividend and low earnings multiple, that makes the stock an appealing way to benefit from the growth of next-gen wireless technology in the world's biggest internet market.