Please ensure Javascript is enabled for purposes of website accessibility
Log In Help Join The Motley Fool
Free Article Join Over 1 Million Premium Members And Get More In-Depth Stock Guidance and Research
By Chris Davis - Jan 19, 2020 at 7:00AM

The Fed is still treating the economy as if it's fragile. Is this good news for investors?

The Federal Reserve seems to be doing everything it can to stay out of the way of the stock market. Although the bulls have been on a rampage for the past 10 years, creating and re-creating new highs in every thinkable index, the specter of the hibernating bear looms large. No one wants to be the jerk who wakes it. 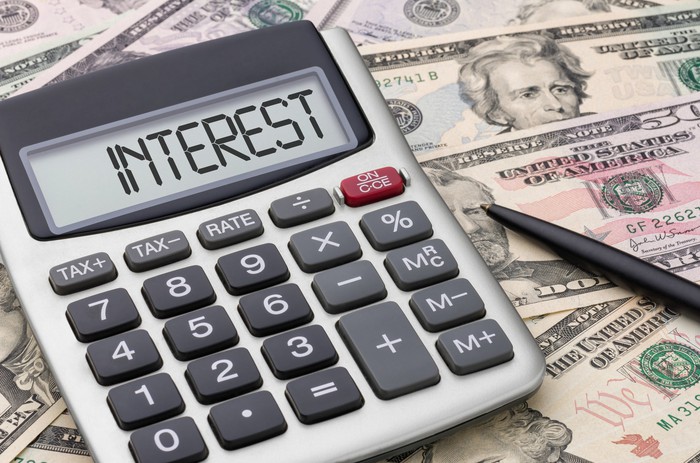 At the close of 2019, Fed Chairman Jerome Powell said he was waiting for consistent inflation above the central bank's target before he will consider hiking interest rates. The Federal Open Market Committee predicted that the U.S. will experience 2% growth in GDP, a 1.9% core Personal Consumption Expenditure (PCE) index for inflation, and 3.5% unemployment in 2020. These are certainly not recessionary numbers. However, minutes from the Jan. 4 Federal Reserve meeting tell us that the Fed still thinks the economy is walking on eggshells.

Fed officials also expressed that their concern over U.S. inflation came mostly from economic weakness abroad. Add in U.S.-China trade tensions and U.S.-Iran political tensions, and you probably have a formula for a consistent and conservative monetary policy in 2020.

In short, the Fed isn't going to take responsibility for the coming market correction.

When is the correction arriving?

Whether you believe the bubble is in bonds or housing, something's got to give. At least, that is the sentiment that will eventually boil over and actually cause the correction. When is it coming? Who knows. How big will it be? See previous answer.

Corporate debt is increasing while manufacturing is contracting, but this doesn't seem to translate into people's day-to-day lifestyles. Fannie Mae predicted that single-family housing starts in 2020 will accelerate to an impressive 10% this year with 1 million new homes to be built in 2021.  To compare, single-family housing starts increased only 1% in 2019. Fannie Mae's Economic and Strategic Research Group attributes these gains to high consumer spending and a strong labor market.

The Fed's and Fannie Mae's thinking on the economy seem to line up. But Fannie Mae's stats are built on a robust, trustworthy economy, not the brittle one that the Fed describes. Smart money is still moving into speculative investments, but safe havens did have a slight uptick after the killing of Iranian general Qassim Suleimani.

The trade war between the U.S. and China seems to be coming to an end. China recently agreed to expand its purchases of farm goods and other American exports. In return, the U.S. agreed to remove around $156 billion worth of new tariffs on Chinese goods and halve tariffs on another $120 billion.

It remains to be seen if the unrest in the Persian Gulf, and between the U.S. and Iran in particular, will create lasting conflict and unsettle the markets. Polls show that the American public does not want conflict with Iran, which may or may not matter in today's world of Bush Doctrine executive privilege. With all of the uncertainty surrounding the markets, perhaps the Fed is right to keep its hands off any possible powder kegs.

Investors would be wise to pay attention to the Fed's two favorite inflation indicators: the Consumer Price Index (CPI) and the Personal Consumption Expenditure deflator. The Fed actually puts a bit more weight on the PCE, according to its meeting notes. If the PCE consistently stays at 2%, the Fed may make a move to hike interest rates. The current report from the Bureau of Economic Analysis lists it at 1.5%.

Altria Gets a Reprieve, but This Stock's the Real Wednesday Winner

Stock Market Loss in 2022? Don't Sweat it -- This Tax Strategy Should Help!