Please ensure Javascript is enabled for purposes of website accessibility
Log In Help Join The Motley Fool
Free Article Join Over 1 Million Premium Members And Get More In-Depth Stock Guidance and Research
By Daniel B. Kline - Jan 21, 2020 at 10:03AM

The company may do better in the long run by staying whole.

Gap (NYSE: GPS) has called off its plans to spin off its Old Navy brand from the parent company and its iconic namesake brand.

That makes sense, given that the separation was always of questionable value to shareholders. Yes, it would have put Old Navy in a better place financially with it not having to support its sister brand, but the two smaller companies would have been less resistant to the same changing consumer demand that has, at the moment, made Gap less popular.

"The plan to separate was rooted in our commitment to value creation from our portfolio of iconic brands,"  said interim Gap CEO Robert Fisher in a press release.

"While the objectives of the separation remain relevant, our board of directors has concluded that the cost and complexity of splitting into two companies, combined with softer business performance, limited our ability to create appropriate value from separation." 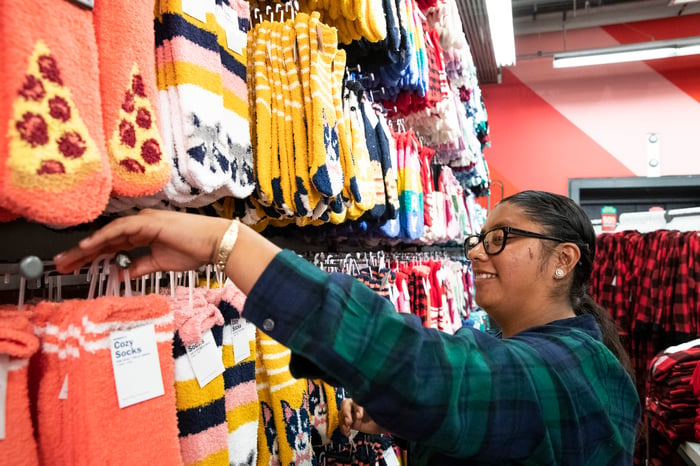 What's next for Gap and Old Navy?

The biggest flaw of the separation plan may have been that Old Navy planned to rapidly expand, adding 600 to 800 stores. That's an aggressive number in a market where many retailers have been shrinking their brick-and-mortar portfolios.

It's not that Old Navy needs to dramatically scale back its plans. Instead, the chain needs to think about how it can grow digitally as well as physically, while building out an omnichannel model.

As a company, Gap also needs to consider how to leverage its overall portfolio, which also includes Banana Republic and Athleta. It would make sense, for example, to engineer a supply chain where any of the brand's locations could accept returns for items bought from any of the company's brands. It would also likely make sense to add Athleta sections to some Old Navy locations and perhaps integrate all the brands more.

The company hasn't said much of substance as to what its overall strategy is. That may be because the parent brand lacks a permanent CEO, and that not-yet-decided person will drive the overall strategy. CFO Teri List-Stoll did make a vague but encouraging comment in the press release.

"We are working aggressively to stabilize and improve business results," she said. "We are committed to sharpened strategic focus, tailored operating strategies and operational discipline and accountability that can strengthen the health and profitability of our brands."

That's a whole lot of nothing, but it's important to remember that the company is not in a dire position. In fact, its picture looks a little better as it forecasts 2019 earnings per share to come in "moderately above its previous guidance of $1.70-$1.75."

Why is no spin-off good for investors?

Gap has been a cyclical brand. The company has had multiple heydays and there's no reason to believe it can't again. A comeback, of course, has become harder because the very nature of malls has been changing. It's not, however, impossible.

Staying bigger allows the company to make investments that could benefit all its brands. That may mean in-store innovation, creating digital tools, or evolving how it stocks and sells merchandise. No clothing retailer has fully figured out where the market is going, and having scale gives Gap a better chance to happen upon the right solution.

Old Navy would have done well on its own for a while, but tastes change. Gap and Banana Republic have both struggled, but it's possible for either (or both) to make a comeback. This is a case where scale gives the company a better chance at long-term success.

Gap needs to find a CEO who can maximize its assets, make smart investments, and figure out how to manage Old Navy's growth. That's a tall order, but whoever gets the job will have a better chance of succeeding with a multi-brand strategy that can go after different market segments.